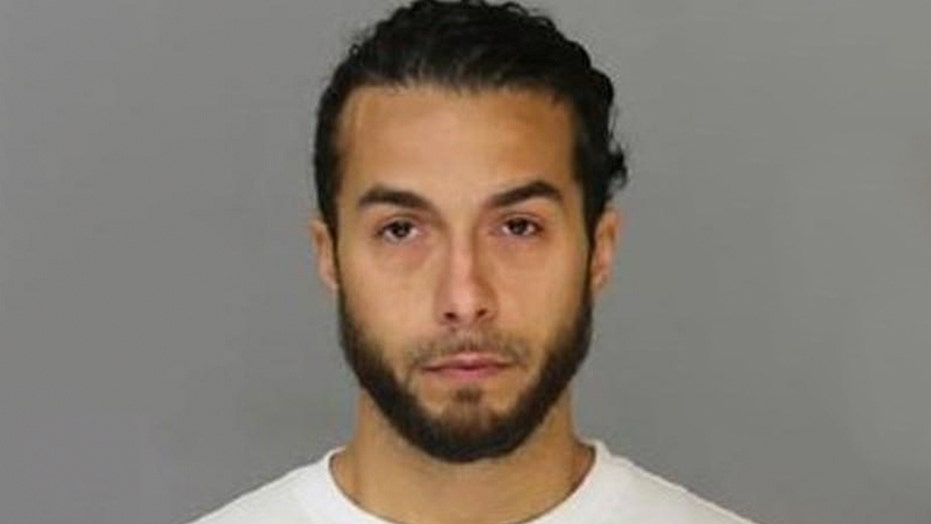 A Georgia man accused of getting into a heated argument with a woman at his house, sticking a sock in her mouth and threatening to cut off her toes if she made any noise has made it to the top of Clayton County's Most Wanted list.

Jeremy Miguel Anderson was given the designation by authorities after the Sunday incident.

On Monday night Clayton County Sheriff Victor Hill ordered a manhunt for Anderson and activated an elite fugitive squad to find and arrest him.

Hill said Anderson also allegedly struck the woman in her head several times, left bruises on her neck and cut her with a knife on her shoulder.

Jeremy Miguel Anderson was given the designation by authorities after the Sunday incident. (Clayton County Sheriff)

PARENTS CALL COPS ON HOMELESS SON, 56, AFTER HE REFUSES TO LEAVE THEIR RETIREMENT VILLAGE

"Anderson's level of violence prompted the sheriff to place Anderson #1 on his top ten most wanted," according to a press release.

Anderson is a white male who is about 5 feet 9 inches tall and weighs 140 pounds. He has black hair, brown eyes and is considered armed and dangerous.

Anderson is being sought on charges that include aggravated assault, aggravated battery, terroristic threats and false imprisonment.