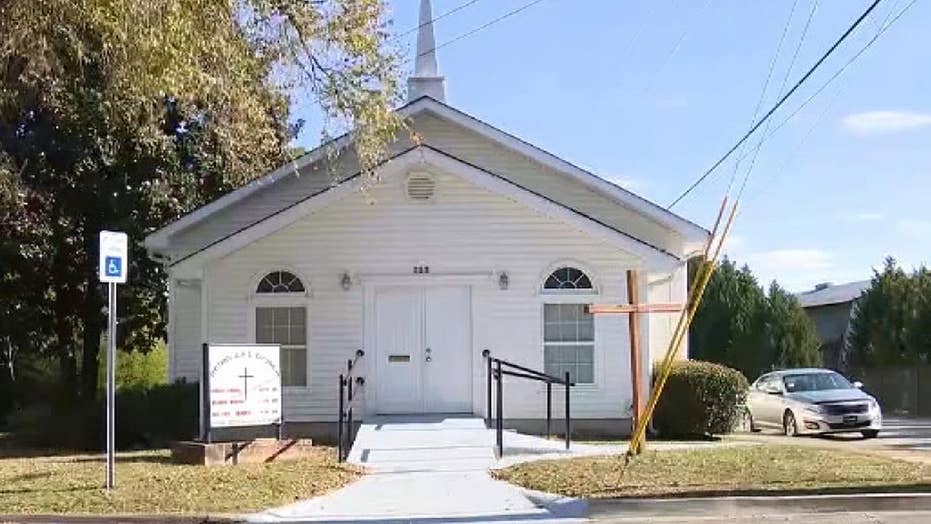 Gainesville High School students told administrators the teen had a notebook with detailed plans to kill worshippers with knives at the church.

A teenage girl in Georgia was arrested after an alleged plot was discovered by her classmates last week to attack a mostly black church by using knives on worshippers because of their race, according to officials.

The Gainesville, Ga., Police Department said on Tuesday the white, 16-year-old girl, who has not been identified, planned to attack the Bethel African Methodist Episcopal Church, located in the northern part of the state.

The plot was revealed when Gainesville High School students told administrators on Friday the 16-year-old had a notebook with "detailed plans" to kill worshippers at the church, according to Gainesville Police Chief Jay Parrish.

"The student who immediately reported this to school officials saved lives," Parrish said at a news conference on Tuesday. "She had written down how she wanted to do it, the best way to do it. She had procured some butcher knives, kitchen knives to do the attack with."

After police were notified by school officials when the threat was verified, the 16-year-old girl was taken into custody and charged with criminal attempt to commit murder, the police chief said. She’s being held in a youth detention center in Gainesville.

While details of the alleged plot have yet to be released, Gainesville Police said their investigation indicated "the church was targeted by the juvenile based on the racial demographic of the church members."

Gainesville is about 50 miles northeast of Atlanta and is a city of just over 40,000 people, about 17 percent of whom are African-American.

Bethel AME is a predominantly black church and is part of the same family of churches as the Emanuel African Methodist Episcopal Church in Charleston, S.C. Nine black church members, including a senior pastor and a state senator, were killed on June 17, 2015, when white supremacist Dylann Roof opened fire during Bible study.

Roof later told FBI agents he had hoped the killings would start a race war.

Rev. Dr. Michelle Rizer-Pool, who leads the congregation at Bethel AME, said the teen girl visited the church last Wednesday, which is usually a Bible study night, according to FOX5.

Rizer-Pool, who has pastored the church and its approximately 40 members since June 2018, said the congregation recently celebrated 118 years of service in the community.

“When I found out I drove to the church, went inside it and prayed and anointed my church and asked God to put a hedge of protection around us,” she told the AP in a phone interview on Tuesday. “That was on Friday. On Sunday, I tried to relay what was going on without a lot of emotion so that the congregants would remain calm ...

“You know, I’ve been preaching for a while now about being on the battlefield, being a soldier in God’s army and that if you believe that God is in charge, he won’t allow hurt or harm to come your way. One of my members told me, ‘You’ve been getting us ready.’ I guess I have.”

Bishop Reginald T. Jackson, the Presiding Bishop of the 6th Episcopal District of AME Church, said Tuesday he’s worried after the incident, adding there is "great concern among AME" if the denomination has a target on its back.

"We are glad that Bethel Gainesville did not have Bible study last Wednesday night," he said at a news conference.

Authorities in Gainesville said they have stepped up patrols around the church in the wake of the incident.

“They have already stepped up and assured me it would be a continual, not something that fades away,” Rizer-Poole told reporters.

The South has a long history of black churches being bombed, burned and shot up.

Besides the killings by Roof, the white son of a sheriff’s deputy was arrested in April and accused of setting fires that destroyed three black churches in rural Louisiana. Holden Matthews is awaiting trial on arson and hate crimes charges in the Louisiana church burnings.