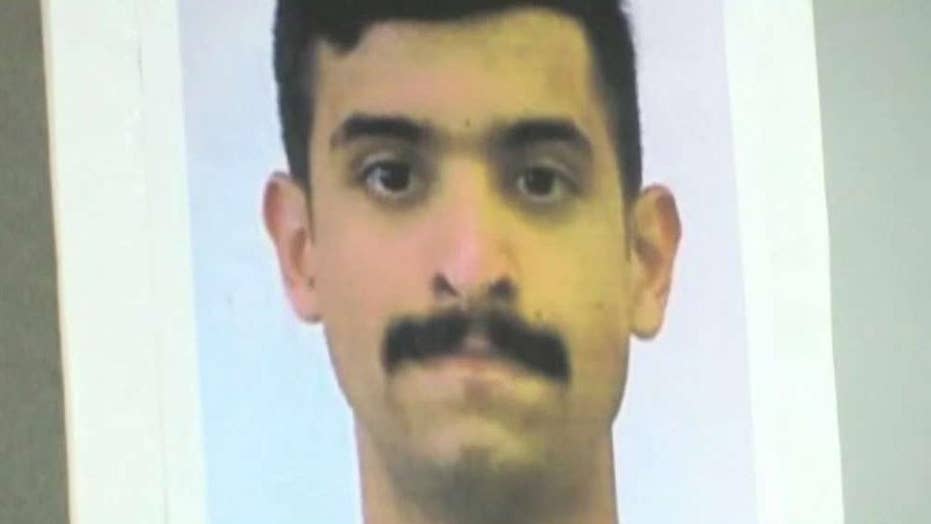 FBI investigates whether the Pensacola shooting was an act of terror; Jacqui Heinrich reports.

The FBI needs Apple’s help to unlock two iPhones thought to be owned by Mohammed Saeed Alshamrani, the alleged shooter in the deadly attack last month at Naval Air Station Pensacola in Florida, which claimed the lives of three people and injured eight more.

A letter sent from the FBI to Apple’s general counsel on Monday laid out the challenge the agency faces.

In the letter, signed by FBI General Counsel Dana Boente, the FBI said it has court permission to probe the phones, but that both are password-protected.

The letter said: “Investigators are actively engaging in efforts to ‘guess’ the relevant passcodes but so far have been unsuccessful.”

The letter asks for a response from Apple by Wednesday afternoon.

The FBI responded to Fox News’ request for comment, emailing: “The FBI can confirm the letter was sent. Beyond that, we are unable to further comment.”

In a statement to Fox News, Apple said: “We have the greatest respect for law enforcement and have always worked cooperatively to help in their investigations. When the FBI requested information from us relating to this case a month ago we gave them all of the data in our possession and we will continue to support them with the data we have available.”

The FBI needs Apple’s help to unlock two iPhones thought to be owned by Mohammed Saeed Alshamrani, the alleged shooter in the deadly attack last month at Naval Air Station Pensacola in Florida, which claimed the lives of three people and injured eight more. (FBI/Handout via REUTERS)

The attack on Dec. 6 has prompted questions with regard to the security vetting process, igniting a mixed response as to its effectiveness.

Alshamrani was a 21-year-old member of the Saudi Arabian air force training in the U.S., and was killed by law enforcement during the attack.

The 2nd lieutenant in the Royal Saudi Air Force, who was also a student naval flight officer at the time of his death, first started training with the U.S. military in August 2017.

He was set to graduate next August, and returned to Saudi Arabia during breaks. However, when he came back to the U.S. in February, friends and classmates noticed he had turned more religious, according to The New York Times.

Pentagon officials said that Alshamrani returned to Saudi Arabia on breaks and last returned to the U.S. in February 2019. Yet he checked into his new training unit at the Pensacola base only a few days prior to the attack, raising questions over the monitoring procedures and how his months in the United States were spent.