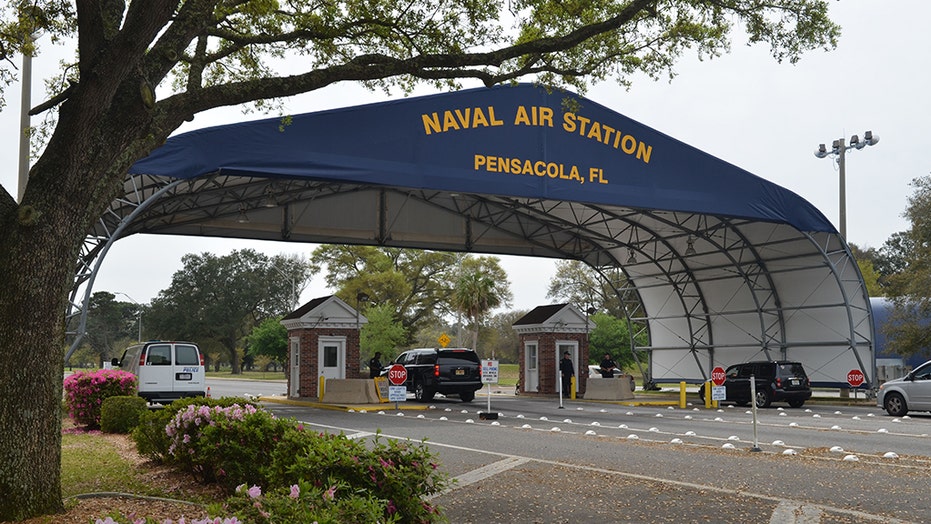 U.S. Northern Command (Northcom) has called for increased random security checks at all sites across Northern Command following the deadly shootings at Joint Base Pearl Harbor-Hickam in Hawaii and Naval Air Station (NAS) Pensacola in Florida.

"The Sailors that lost their lives in the line of duty showed exceptional heroism and bravery in the face of evil. When confronted, they didn't run from danger; they ran towards it and saved lives."

Meanwhile, the FBI on Friday night released its official photo of the Saudi gunman at NAS Pensacola, who has been identifed as Mohammed Alshamrani, a 21-year-old 2nd lieutenant in the Royal Saudi Air Force who was a student naval flight officer of Naval Aviation Schools Command.

The NAS Pensacola shooter is identified as Mohammed Alshamrani, a 21-year-old 2nd LT in the Royal Saudi Air Force who was a student naval flight officer of Naval Aviation Schools Command. (FBI)

Northcom said an advisory was sent out Friday night calling for the increase in security checks.

Northcom is one of the military's 11 combatant commands and provides military support for the continental U.S., Puerto Rico, Canada, Mexico and the Bahamas.

On Friday morning, a gunman identified as Alshamrani opened fire at NAS Pensacola, killing three.One of the victims, Watson, had been previously identified by his family.

The FBI asked anyone with information regarding Alshamrani and his activities to call 1-800-CALL-FBI.

FBI Jacksonville is not aware of any credible threat toward the Pensacola community at this time, its public affairs office said.

Six Saudi nationals were also detained for questioning regarding the incident.

The Saudi shooter wielded a handgun -- even though firearms are not permitted at the base -- before he was taken out by a pair of officers.

Security was tightened at the base four or five years ago: the front gate is closed to civilians, and it would take them about 45 minutes to get through security. Not every car is always checked, but with increased random security checks more of them would be.

The majority of the hundreds of foreign aviation students who have participated in the program are, like the gunman, from Saudi Arabia, the Navy said. Sources told Fox News that Alshamrani was “early” in his training.

Agence France-Presse reported that Alshamrani posted a short manifesto to Twitter before the shooting. The FBI told Fox News that it was aware of the anti-American Twitter post, but would not comment on whether it was looking into it as part of the investigation.

A U.S. official said Saturday that the suspect also hosted a dinner party the week of the shooting where he and several others watched videos of mass shootings.

Romero was an active-duty U.S. Navy petty officer who was just shy of his two-year anniversary with the Navy.