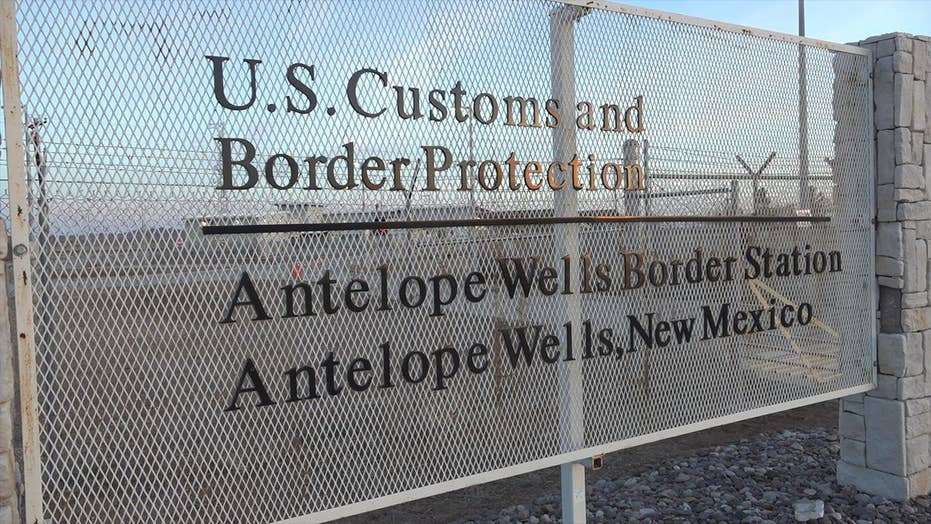 ANTELOPE WELLS, N.M. – Since October 2018, more than 5,000 illegal immigrants have been caught crossing the border in the El Paso Sector. And they came in bunches -- with 28 groups of more than 100 people crossing the El Paso Sector in that time.  The latest episode came Monday morning, when the Border Patrol apprehended a group of 330 such migrants at the Antelope Wells Port of Entry.

“We started seeing an uptick in apprehensions in this area,” El Paso Sector Border Patrol agent Ramiro Cordero said. “What's notable is that these are not just your common apprehensions of Border Patrol chasing people around, looking for them. These are groups, large groups ... each group walking around this port of entry and turning themselves in to agents.”

Antelope Wells is a remote area at the very southern part of New Mexico with a vast desert and mountain landscape —reaching freezing temperatures at night with no civilization in sight for miles on end. In fact,  Cordero said, the area is more than 90 miles away from civilization. Yet these large groups keep making their way across the border.

“It’s so remote—both the American side and the Mexican side that the criminal organization takes advantage of that,” El Paso Sector Border Patrol agent Fidel Baca said. (Fox News)

“It’s so remote — both the American side and the Mexican side -- that the criminal organization takes advantage of that,” El Paso Sector Border Patrol agent Fidel Baca said. “What I mean by that is that these large amounts of people, they’re not here by coincidence. They are being smuggled here. They are being brought here by the smugglers. They're being brought right to the border and telling them to jump across and turn themselves in to Border Patrol agents. So what they are doing is that they're still making their monetary gain because they are charging these innocent people to bring them out here to get them into the U.S.”

Baca said this is a “win-win” outcome for the smugglers in Mexico because they’re not getting arrested and getting money from those seeking asylum, sending migrants specifically to this area because it has “very limited assets” and they can’t be identified as easily near a bigger city like El Paso.

“We started seeing an uptick in apprehensions in this area,” El Paso Sector Border Patrol agent Ramiro Cordero said. “What's notable is that these are not just your common apprehensions of Border Patrol chasing people around, looking for them. These are groups, large groups … each group walking around this port of entry and turning themselves in to agents.” (Fox News)

Monday’s group consisted primarily of Central American families and unaccompanied minors.  Border Patrol calls this an “ongoing situation that Border Patrol agents face in southern New Mexico: hundreds of parents and children being encountered by agents after having faced a dangerous journey in the hands of unscrupulous smugglers.”

BORDER PATROL ARRESTS 330 IN NEW MEXICO, MANY OF THEM UNACCOMPANIED MINORS

Agents provide the migrants with medical attention and separate the family groups from the unaccompanied minors, along with the adult males or females traveling by themselves. They are then driven to the Lordsburg station, a 90-minute drive, where the migrants are processed. Because of the location and the number of migrants coming at a time, Cordero said it can take six to seven hours to get the migrants bused and eventually processed in Lordsburg. The port of entry also doesn’t have the space for the surging number of migrants.

Border Patrol agents are there around the clock, and rotate weekly at the Forward Operating Base, living and working out there for a week at a time. The base is about 50 yards from the actual port of entry, in an enclosed, fenced-off area, and is reminiscent of firefighters' quarters -- complete with sleeping arrangements, a kitchen, workout facility, and entertainment room so personnel can be ready at a moment’s notice.

“They forget that we're human beings," Baca said. "A lot of people, I guess they think that when we graduate the Border Patrol Academy, we get like a big “S” in our chest, feelings go out the window.

"We're still human. We are still part of these border communities. ... Our kids go to school with everybody else’s kids. We go to church with everybody else in the community. … I am from a border town. I know the culture…it’s just something that we’re here to do. Laws have to be enforced. And that's what we do."

"I am from a border town," Baca said. "I know the culture…it’s just something that we’re here to do. Laws have to be enforced. And that's what we do. …We’re a law enforcement agency and we're here to enforce the laws.” (Fox News)

Agents use infrared cameras to look for movement in the mountainous landscape across the border in order to determine if people are walking toward their port of entry.

Border Patrol agent Cordero shows the infrared cameras agents use at night to detect movement across the border. (Fox News)

Cordero confirmed this is the area where the 300-plus migrants crossed early Monday. (Fox News)

“When these groups come in, it takes a lot of resources to transport these people,” Cordero said.

Cordero said they need more personnel and technology to go hand-in-hand with more walls or barriers, in order to help agents better enforce the law at the border.

“There’s a lot of misconceptions about the fence, the fence was not designed to stop anything—everything that Border Patrol does is measured in time,” Cordero said. “So, in metropolitan areas, in urban areas where people can get through the border real quick and get in someone’s backyard within seconds, that’s where we need the bigger infrastructure to allow us time to prevent individuals from coming in and if they do come in, its very important that we have the ability to intercept, make an arrest, identify the individuals that we place in our custody, classify these individuals, and most importantly bring this event to a law enforcement resolution. There’s got to be a consequence to their actions. That’s why we have borders, that’s why we have laws, that’s why people must present themselves at ports of entry to make their entry into the United States, not in between the ports of entry.”

Larger groups are also now more common on other remote areas along the border. Family unit arrests at the border are also rising.

“Family units and unaccompanied children from Central America are crossing the border illegally in greater numbers and in larger groups than ever before, straining our law enforcement resources,” said Brian Hastings, Border Patrol chief of operations. “These trends are very concerning and demonstrate the reality of the ongoing humanitarian and border security crisis.”