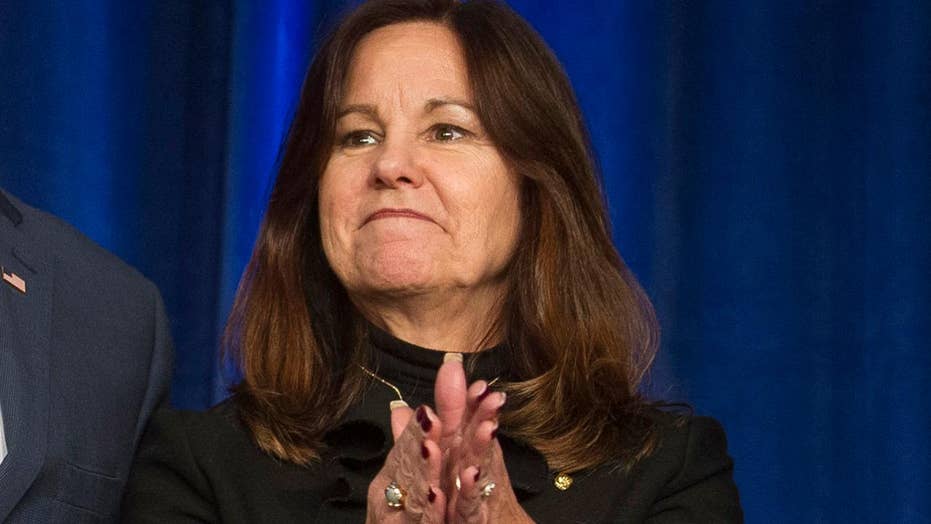 President of the Family Research Council Tony Perkins respond to the outrage over second lady Karen Pence's part-time teaching job at a Virginia school that does not permit gay men and lesbians to be teachers.

A progressive school in the nation's capital said its students will not be playing sports at the school where Second Lady Karen Pence teaches part-time because of safety concerns.

Jessica Donovan, headmaster of Sheridan School, a K-8 institution located in northwest D.C. that has a tuition of more than $36,000 a year, sent a letter to parents saying Immanuel Christian School's policies were an "obvious challenge" given the school's "fundamental belief in diversity and inclusion."

The initial plan was to make the kids go to the school during away games wearing rainbow socks or warm-up jerseys as a show of LGBTQ support. But instead, Donovan banned the students from playing sports at the Virginia elementary school because some expressed "they feel unsafe" in such an environment.

"As we talked more, we understood that some students did not feel safe entering a school that bans LGBTQ parents, students or even families that support LGBTQ rights," she wrote.

Sheridan is the latest group to target the school after Pence took a part-time job teaching art to students. The NOH8 Campaign, the Human Rights Campaign, The Trevor Project, CNN anchor Chris Cuomo, and several others attacked her and the school, which says it holds to traditional Christian values when it comes to marriage and other beliefs.

The school requires employees to pledge they believe marriage is monogamous and heterosexual and they won’t engage in “homosexual or lesbian sexual activity” or adopt or promote “transgender identity." The school can deny admission or remove a student whose behavior is "in opposition to the biblical lifestyle the school teaches."

The hashtag #exposeChristianschools blew up on Twitter amid the outrage.

Donovan explained the administrators at Sheridan work to “separate the ideals of Christianity with the policies of this particular school, as we play many Christian schools that support LGBTQ rights.”

The school will still play against the Virginia Christian school for home games but will wear rainbow socks to express their support for LGBTQ rights.