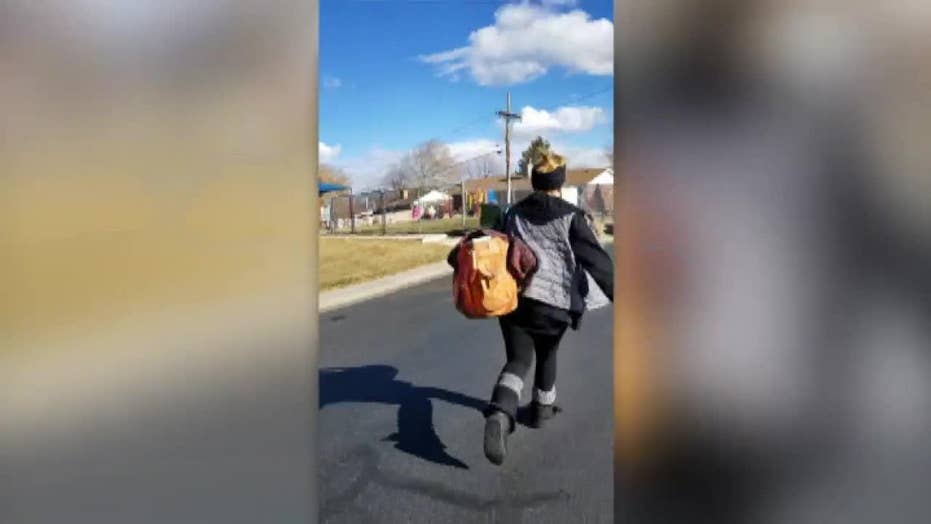 A Colorado woman's home security system alerts her that someone is at the front door, recording the package thief in the act.

This ‘porch pirate’ picked the wrong woman to mess with.

A Colorado homeowner exposed a would-be thief after a package was swiped from her front porch – and she captured the entire encounter on video.

“I was mad as hell. There was no way I was going to let her go,” Renee Abeyta of Lakewood told Fox 31 Denver after chasing down the woman and retrieving the item. “And I would have ran for as many miles as I had to, to get my package.”

Abeyta says she was home doing chores Wednesday when she got a phone notification from a security camera app, indicating that someone was at her front door. But when she ventured outside to check, there was nobody there.

She then went back and looked at surveillance footage, which ended up revealing that a stranger had taken a package off her doorstep.

The woman tried to flee from Colorado homeowner Renee Abeyta after taking the package. (KDVR)

Abeyta then went outside and was able to spot the woman in the video trying to get away, and she gave chase.

“What’s your name? Did you just steal something? Give it. I’m going to f—king call the police,” Abeyta shouts at the stranger.

“Leave me alone lady I didn’t take anything,” the woman says in response, while breaking out into a sprint.

“Throw it down and I’ll delete this. Throw it down!” Abeyta says while filming the incident on her cell phone. Eventually the woman runs out of breath, stops, and hands the package back to its rightful owner.

“Hopefully that girl and other people don’t steal stuff because it’s Christmas and these are presents for people,” Abeyta told Fox 31 Denver.

As for what was actually inside the package that the would-be thief targeted?