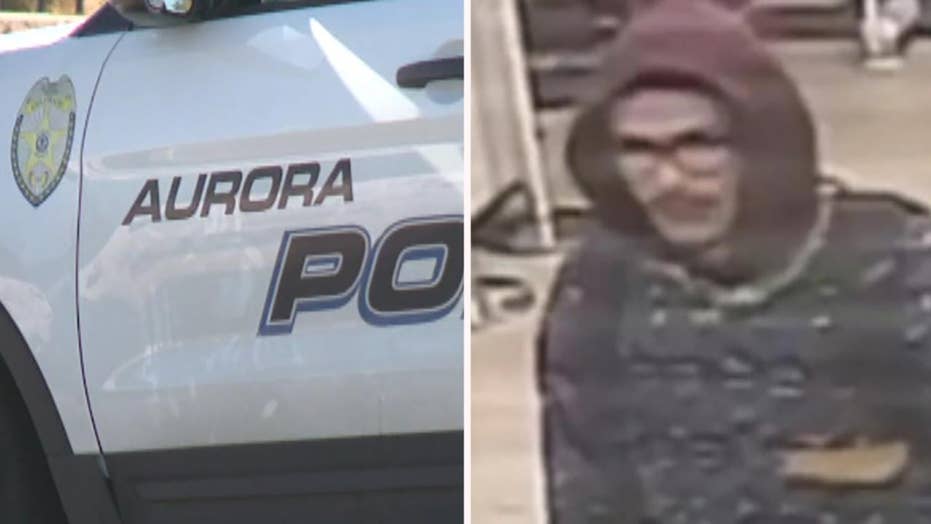 Raw video: The Aurora Police Department is searching for a violent suspect who was seen assaulting a security guard at a grocery store in Aurora, Colorado. The security guard is recovering from injury after spending a week in the hospital.

Colorado police are searching for a shoplifter whose brutal attack on a supermarket security guard last week knocked the man unconscious and left a shoe print on his face, authorities said.

The security guard had tried to stop the unidentified man from stealing groceries at a King Soopers supermarket in Aurora on Oct. 6, police said.

Surveillance video showed the man beat the officer around 11 p.m. outside the store. He appeared to punch the officer several times in the head until the guard fell to the ground, and then he stomped his face. A Good Samaritan dashed to the scene and chased the suspect away as the guard lay unconscious, police said.

"This assault was so bad at one point, he kicked the security officer in the face, leaving the suspect’s shoe print on his face,” police spokeswoman Crystal McCoy told FOX31 Denver. “And if it weren’t for someone stepping in and doing the right thing, the assault would’ve continued. Who knows what the security officer's condition would be today.”

The security guard spent a week in the hospital with serious injuries to his body and head, police told the station. He has since returned home to finish his recovery.

A reward totaling $9,000 has been offered for information on the suspect, the station reported.

Police are asking for anyone with information on the suspect to call Agent Anthony Green at 303-739-6382.