An avalanche at Colorado's Rocky Mountain National Park killed one person on Sunday morning and injured two others near the Dreamweaver Couloir on Mt. Meeker.

The rock fall and avalanche were reported at 9 a.m. MT, according to the National Park Service, and witnesses who were climbing in the area called for assistance.

Three individuals were involved in the incident, including a woman who suffered minor injuries and was flown to Upper Beaver Meadows before she was taken to a hospital.

One of the men suffered severe injuries and Rocky Mountain National Park Search and Rescue team members requested assistance from a Colorado National Guard helicopter to extricate him using a hoist operation at 2 p.m. local time, when there was a brief weather window.

Rocky Mountain Rescue assisted with the helicopter hoist operations and the man was also flown to Upper Beaver Meadows before being transferred to the Northern Colorado Med Evac air ambulance and then flown to the Medical Center of the Rockies.

Rescuers worked in terrain above 11,500 feet during winter-like weather conditions.

HURRICANE AGATHA BREAKS MAY STORM RECORD AS IT WEAKENS OVER MEXICO

The deceased was found using a RECCO device and probing in avalanche debris. 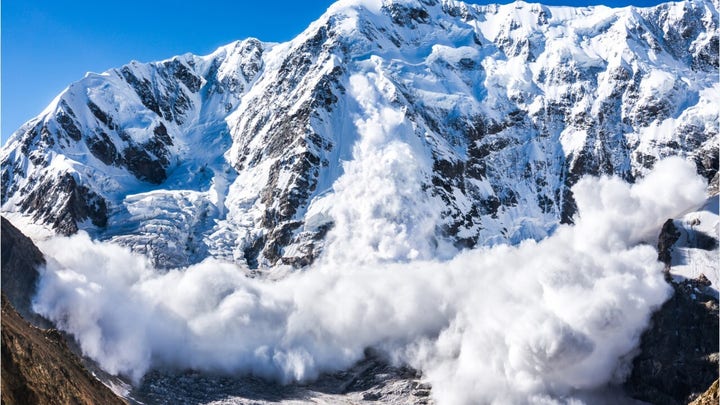 "The recovery operation will be delayed due to winter weather conditions. The ages and hometowns of the three individuals are being withheld until family members are notified," the agency wrote.

According to the Colorado Avalanche Information Center (CAIC), there have been seven total deaths during the 2021-2022 season.

Across the country, 17 people have been killed by avalanches.

Fox Weather reported that officials say this avalanche was naturally occurring and that the CAIC put the area under moderate risk.