The 'hate' against Chick-fil-A: Growing liberal backlash against its conservative Christian values

Despite being closed on Sunday, Chick-fil-A is still the third largest fast food chain in the country. But there's growing liberal backlash against its conservative Christian values, and its philanthropic support. Shouldn't a business be able to donate to the cause of their choice? Christopher Hale and Shane Idleman are here to debate this growing religious freedom conflict.

A few Kansas University faculty members are not fans of allowing Chick-fil-A to be served on campus because they believe the chain violates "safety and inclusion".

The faculty council, filled with "extreme frustration," wants America's favorite restaurant removed from campus for being a "bastion of bigotry" after KU administrators relocated a Chick-fil-A from a basement to "prime real estate" on campus to the Memorial Union. But worse yet, to the council, is the "Chick-fil-A Coin Toss" at the start of the Jayhawks' football home games.

“The culture of Chick-fil-A fosters hate and discrimination on multiple levels,” the Sexuality & Gender Diversity Faculty and Staff Council wrote in a two-page letter, accusing university leaders of being "more concerned about money and corporate sponsorship than the physical, emotional, and mental well being of marginalized and LGBTQ people." 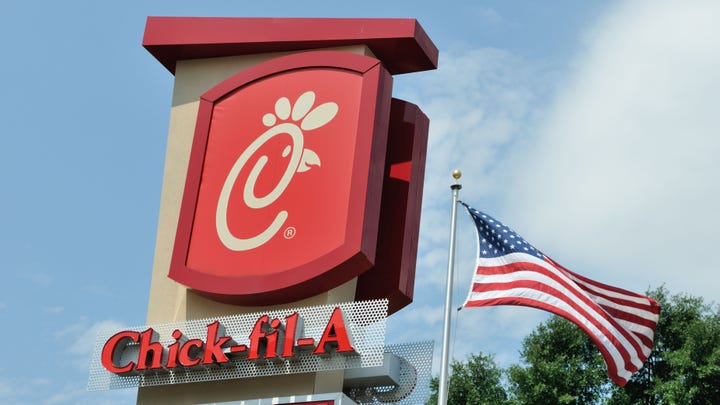 While the fast-food chain is celebrated for its exceptional customer service, it has come under fire several times after its president and CEO, Dan Cathy, publicly supported traditional marriage in 2012 and opponents have accused Chick-fil-A of being anti-LGBTQ for its charitable giving to the Family Research Council and Salvation Army, to name a few.

The faculty group added: “The arrival of Chick-fil-A in this building is insulting, counterproductive and unacceptable."

In response, the College Republicans on campus started a petition for students, alumni, and concerned citizens to send to Chancellor Doug Girod.

"Tell our university administration that our community wants Chick-fil-A on this campus," the conservative group wrote.

Katie Batza, an associate professor of women and gender studies, told the Kansas City Star that hundreds "will boycott or protest" but lamented that the request was "falling on deaf ears."

Interim Provost Carl Lejuez sent an email to faculty and staff, however.

“Moving forward, I believe it is important to have thoughtful discussion and deliberation when we enter into contracts. In the future, we will do so in a manner that is transparent and informed by our commitment to affirm diversity and to be a welcoming and inclusive campus,” the email said, according to the University Daily Kansas.