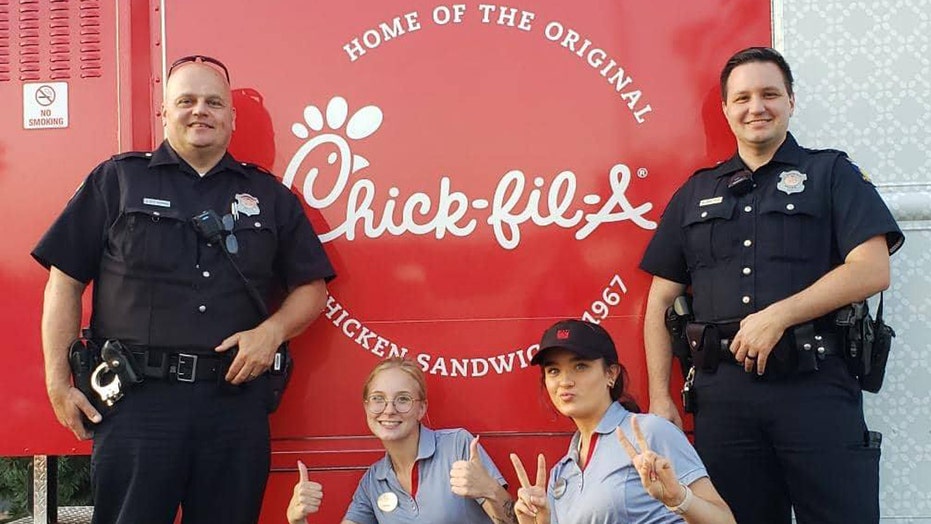 A faith-filled Ohio community got a taste of Chick-fil-A, and they want it to stay.

America's favorite fast-food restaurant brought a food truck to Mansfield, a city halfway between Cleveland and Columbus (cities that both have Chick-fil-A), as part of a market study, according to CBN News, and it was enough to rally the community, including over 100 local pastors.

Amie Mutti, founder of "Richland County Loves Chick-fil-A," launched a Facebook page in 2017, long before the food truck first appeared on July 11. The move was in large part because of the company's charitable giving and community outreach, especially when Chick-fil-A has made exceptions -- like after the Pulse Nightclub massacre in 2016 in Florida -- and opened on Sundays to help a hurting community.

"Support for Chick-fil-A has been 'water-cooler talk' so we're just putting their voice on paper," Mutti told Fox News. "We hear stories of the commitment they have to the community, how they reinvest into the community. We thought it would be a good fit and their sandwiches are delicious so that doesn't hurt."

On Wednesday, Chick-fil-A, along with the famous cow, provided a free meal and toy to the campers and staff at Happy Hollow Day. Mutti says it's community efforts like this that make them go out of their way to get a Chick-fil-A.

"They don't even have a store here and they're giving back to our community," Matti added.

Chick-fil-A surprised kids at a camp in Mansfield, Ohio with a free meal and a toy Wednesday as the community pushes for a permanent Chick-fil-A location in their city. (Courtesy of Amie Mutti)

The group of local pastors, who signed a proclamation declaring 2019 as the "Year of the Bible," were quick to get onboard with Mutti's movement, lauding the "exceptional reputation of Chick-fil-A as a business and as a community stakeholder."

One of the pastors, Rick Wiseman, knows about this first-hand. His son, a pastor in Georgia, lost his hearing in one ear and Chick-fil-A paid over $40,000 to get cochlear implant surgery to restore his son's hearing.

“I have the highest respect for this company," Wiseman told Front Lines Ohio. "Perhaps God is moving north central Ohio to spiritual revival with God-fearing companies possibly coming to our area.”

Rick Wiseman, a pastor in the Mansfield, Ohio area, said the petition to get a Chick-fil-A is personal, as the company donated thousands of dollars to help his son get a cochlear implant after he lost hearing in one ear. (Courtesy of Amie Mutti)

"The faith community in Richland County, Ohio, has a strong tradition and while this has not been the case in other parts of the country, we wholeheartedly support the prospects of Chick-fil-A choosing our neighborhood as its next franchise destination," the 101 clergymen wrote in a joint statement.

Quoting the Bible, in part, the pastors added: "We are eagerly 'setting the table' in anticipation for the arrival of Chick-fil-A, and firmly believe that our families will taste and see that the Lord is good."

For now, Richland County residents are on the lookout for the big red food truck that keeps popping up in their area so they can "Eat Mor Chikin," but they're hoping for a permanent store sooner rather than later.

"Having Chick-fil-A year-round would be nice," Mutti added. "The talk has been, 'Okay, where will the truck be in the winter?' We're all getting a little nervous about how we're going to get our chicken fix when the weather turns."