A convicted transgender child molester pleaded not guilty in a California courtroom Thursday to murdering a member of a survivalist transient group amid lingering controversy about her lenient sentence in a sexual assault attack in Los Angeles County.

Hannah Tubbs, 26, faces several charges in Kern County, including first-degree murder, assault on a person with force and great bodily injury and preventing or dissuading a witness by threat or force. A court hearing on the case will be held July 8 and a jury trial is slated to begin July 18. Any motions filed on the case will be heard June 30, the Kern County District Attorney's Office told Fox News.

Tubbs remains locked up on $1 million bail in connection to the April 2019 beating death of Michael Clark. Until May, Tubbs was serving a two-year sentence in a juvenile facility after Los Angeles County District Attorney George Gascon declined to prosecute Tubbs as an adult for a 2014 sexual assault attack on a young girl.

The attack occurred when Tubbs was a few weeks shy of turning 18. The case drew a heap of criticism on Gascon, who implemented a policy of prohibiting youthful offenders from being tried as adults. Tubbs later bragged bout the light sentence on a jailhouse phone call about not being required to register as a sex offender once released.

HANNAH TUBBS, TRANS CHILD MOLESTER, HAD STRING OF OFFENSES BEFORE ARREST FOR SEXUAL ASSAULT OF GIRL

Hannah Tubbs began identifying as female after being arrested last year in connection with a 2014 child molestation case in Los Angeles County. Tubbs pleaded not guilty Thursday to an April 2019 murder in nearby Kern County.  (Los Angeles County)

The original prosecutor assigned to that case previously told Fox News that Tubbs had behavioral issues while in juvenile custody and could have been released as early as June.

"Very rarely is Tubbs in compliance with anything," Shea Saana said. "And now we have an extremely violent, dangerous, unremorseful child predator on the verge of being released, and my boss does not care."

During a Kern County court hearing last month, multiple witnesses testified that Tubbs admitted to beating Clark with a rock.

Kern County Sheriff’s Sgt. Steven Davis testified that witnesses told him Tubbs stole money from Clark and that the two had a verbal argument on the evening of April 20, 2019. The following day, the two individuals went for a walk and only Tubbs returned, KGET reported. 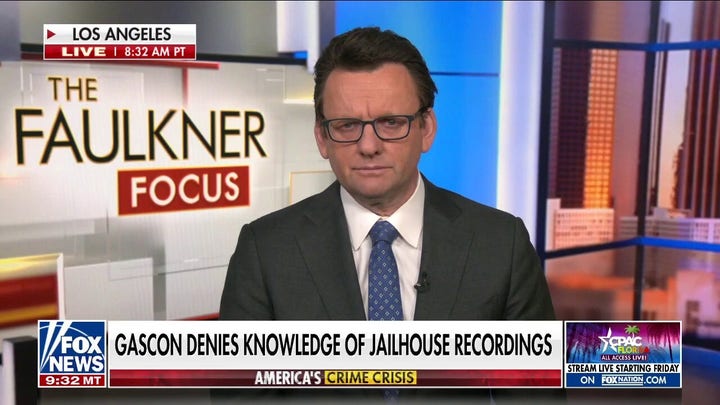 Two campers told authorities the Tubbs hated Clark. Tubbs also allegedly threatened to kill one of the witnesses if he mentioned what happened to Clark.