Hannah Tubbs, the convicted trans child molester now facing a murder charge in an unrelated case, committed a string of violent offenses before an arrest for the sexual assault of a young girl in a Los Angeles restaurant.

Tubbs, 26, was involved in a series of crimes over the years during which she allegedly killed Michael Clark, for which she is now charged in Kern County, California, according to documents obtained by Fox News.

She was convicted in Idaho of battery and allegedly attacked a man with a knife less than six months before her arrest for the assault of a girl in a Denny's restaurant.

Hannah Tubbs, 26, began identifying as female after being arrested last year in connection with a 2014 child molestation case in Los Angeles County. A news report said she committed multiple violent offenses, including attacking a man with a knife, before her arrest. She is now charged with robbery in Kern County, California in the midst of serving a two-year sentence in a juvenile facility for the molestation case.  (Los Angeles County Sheriff's Department)

In 2017, Tubbs was jailed after being convicted of drug possession and other charges in Kootenai County, Idaho. A charge of aggravated battery causing great bodily harm was dismissed following a motion by prosecutors, according to court records obtained by Fox News.

In 2019, she moved to Lake Isabella in California after being released. Her father, Edward, was living there at the time and was arrested for assault with a deadly weapon in June 2019, according to the Daily Mail.

In May 2019, Tubbs was arrested and charged with purchasing a stolen car and possessing a quantity of methamphetamine, court records said. In late 2019, Tubbs was sentenced to a short stint in an Idaho jail once again for a battery conviction and probation violation. The charges were eventually dropped.

She was then prosecuted in March 2020 on an assault with a deadly weapon charge in California after being released from an Idaho jail for a second time, according to records obtained by Fox News. She was sentenced to four years in jail and ordered to pay $370 in fines.

Until last month, Tubbs was serving a two-year sentence for the Denny's sexual assault that occurred when she was just weeks from turning 18. She was arrested for the crime eight years later and sentenced to two years in a juvenile facility after the office of Los Angeles County District Attorney George Gascon declined to move the case to adult court.

The case led to heavy scrutiny of Gascon's progressive polices, which allowed Tubbs to be treated as a juvenile because of her age at the time of the crime. After her conviction, she was housed with underage offenders at a juvenile facility. She was later caught bragging on a jailhouse phone call about the lenient sentence and that she would not have to register as a sex offender.

"If we knew about her disregard for the harm she caused, we would have handled this case differently," Gascon said in a statement following the release of the call.

Gascon is now the subject of a second recall effort.

Last month, Tubbs was charged with the April 2019 killing of Clark, whose body was found in the Kern River in August 2019. She has pleaded not guilty and is being held in a local jail. 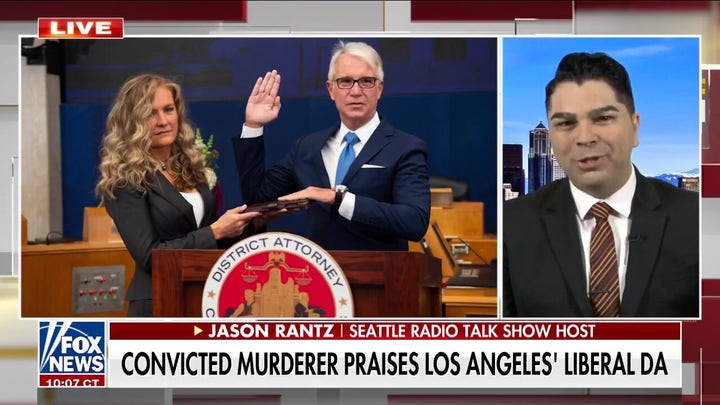 Shea Sanna, the Los Angeles County prosecutor who originally assigned the Tubbs case for the assault in the Denny's bathroom before being removed, previously told Fox News that Tubbs has numerous violations while in the juvenile facility. She was slated to be released early from custody in mid-June, he said.

"Very rarely is Tubbs in compliance with anything," he said. "And now we have an extremely violent, dangerous, unremorseful child predator on the verge of being released and my boss does not care."