The job of man’s best friend can be a cushy one, but there are some dogs who showed courage to save the people they love most. Here are some of the furry and fearless four-legged canines who showed great courage protecting their families in 2019.

People will let you down, but in 2019, dogs proved yet again that come rain or shine — or an ISIS raid — you can always rely on your furry friend.

They're there when you need a hug or a (furry) shoulder to cry on, but sometimes take their jobs as man's best friend to the next level.

Many of the dogs who made headlines or went viral online in 2019 can be considered heroic, but below is a list of the best, bravest and most courageous dogs of the year. 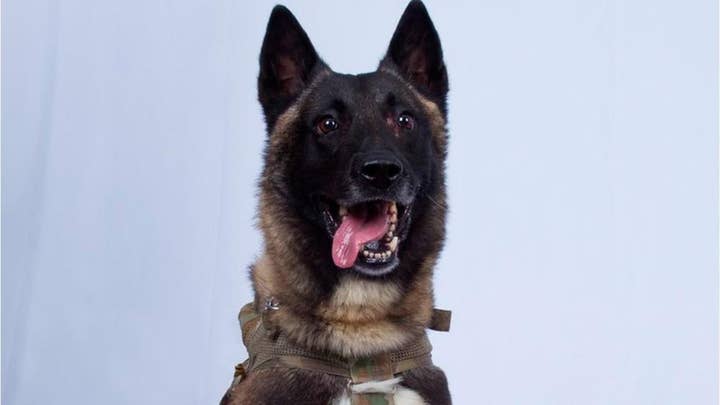 The military working dog was injured during the Middle East mission after being exposed to live electrical wires while pursuing Baghdadi through a tunnel underneath a compound in northwestern Syria, officials said.

Following the raid, Conan was commended by President Trump for his heroic actions, describing the pooch as “incredible,” brilliant,” “smart” and the “ultimate fighter” during a visit to the White House in November.

According to U.S. Central Command, Conan has worked with special operations for four years and has taken part in roughly 50 missions.

While it was eventually confirmed Conan is of the male gender, there was, however, some confusion over whether he was a very good boy or a very good girl.

Zeus, an 8-month-old pit bull, died in September rescuing his human siblings from a coral snake in Sumter County, Florida.

The Richardson family was in their backyard cleaning Zeus’ water bowl when the snake — a venomous snake whose bite could eventually cause respiratory or cardiac failure in humans if left untreated — slithered up near their two kids.

Pit bull sacrifices self to save children from venomous snake

“All of a sudden, he started attacking the snake which was close to my son and he was bit four times,” Gary Richardson told WOFL.

The beloved puppy was rushed to the vet, where he was administered antivenom. Sadly, he died the next day.

Mom Gina Richardson said Zeus was “a member of the family” and his loss “just killed us.”

“If you find [a pitbull] that’s aggressive, most likely, it’s because they weren’t treated right,” she said. “If you treat them right, they would give their life for you and I owe my son’s life to him.”

A Pennsylvania rescue dog was hailed as a hero earlier this year when his owners credited him with saving their three children from possibly being abducted at home.

Edgar, a 4-year-old hound-mix, was acting strangely on April 28 — both growling and howling at the same time — grabbing the attention of his owner, Thom Lambert. 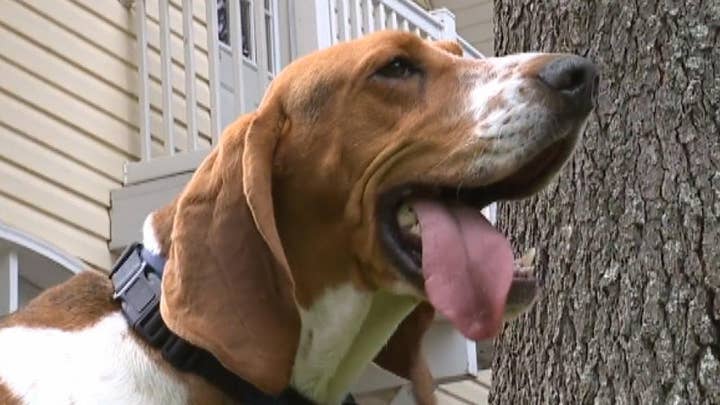 Once Lambert got Edgar to quiet down, he heard someone on his staircase. He dialed 911, but authorities didn’t find anyone or anything.

Days later, 20-year-old Thomas Dewald was arrested for abducting a girl who lived down the street — and confessed to being in the Lamberts' home. He said he entered the house through the window but was scared off by a dog.

“Without Edgar genuinely who knows where our daughters would be right now," Lambert told WPMT. "Our family was 100 percent rescued by our dog that we rescued.”

A tiny family dog named Zippy died in September after a fire broke out at his home in Bradenton, Fla.

The rescue dog alerted his family to the flames that were spreading through the house at around 2 a.m., his owner, Leroy Butler, told WTVT. Zippy kept trying to run back and forth “from bed to bed” trying to tell his loved ones what was happening.

Dog dies a hero after saving family from fire

But the fire was too quick, and engulfed everything. Butler said he tried running back to grab Zippy, but it was too late. Firefighters found him, but the small pup seemingly died from the smoke.

“He was a short little dog. There was nowhere for him to go," Butler said. "We adopted him as a pet, so we can only, I can only, say he was a good dog. He only did what he could.”

A “koala detection dog” with the International Fund for Animal Welfare (IFAW) works alongside human rescuers to find koalas and other wildlife that have become trapped or injured in the flames of Australian wildfires.

Bear, a 6-year-old Border Collie-Koolie mix, was surrendered after his family discovered he is “high-energy, obsessive, doesn’t like to be touched and is completely uninterested in people,” the IFAW said.

While such qualities aren’t conducive to life in a home, they “do make him a perfect candidate for a detection dog which is exactly why he was chosen.”

The IFAW said in November that Bear and his handler had recently deployed to areas of Queensland and New South Wales, which have been hit hard by bushfires that appear to be decimating the koala population.

"Although they did not locate koala survivors, Bear indicated possible live koalas at a number of spots, and we're hopeful more will be found in the coming days,” the organization said.

Cats — often described as elusive and mischievous, as well as warm and cuddly — have shown moments of bravery, too. A cat named Gatubela in Bogota, Colombia, was credited in October with saving a little boy who almost fell down a flight of stairs.

In surveillance video of the heroic ordeal, the boy is seen crawling on the floor at home, toward a staircase, while the cat sits on a chair nearby. Quickly, the cat spots the child before leaping over and latching on to him.