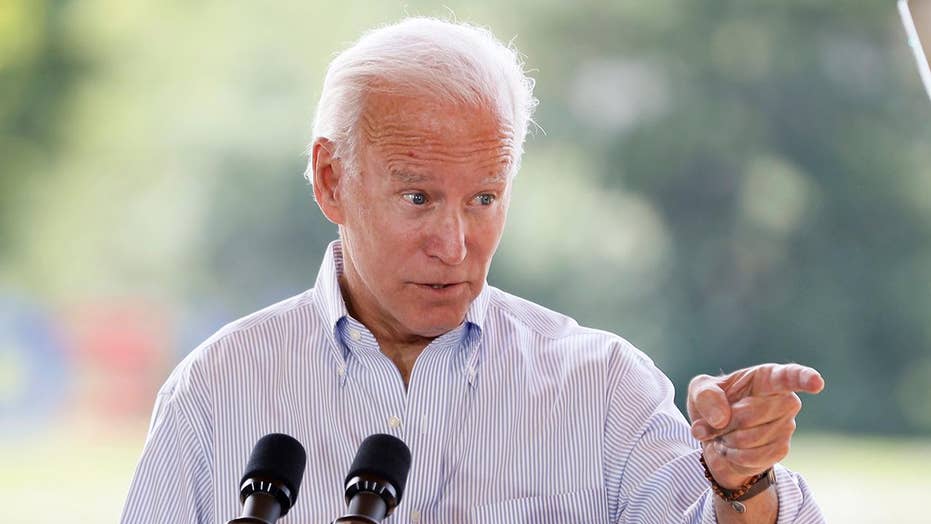 Joe Biden continues to blunder on the campaign trail

Reince Preibus and Tammy Bruce weigh in on the impact 2020 Democratic presidential hopeful Joe Biden's gaffes will have on his campaign.

"If this pattern becomes an issue of mental competence, that is the issue that's going to bring down Biden," Priebus said during an appearance on Fox News' "Hannity."

"If you're the campaign manager for Joe Biden," Priebus continued, "you've got to worry that these gaffes aren't just a pattern."

"If you're the campaign manager for Joe Biden, you've got to worry that these gaffes aren't just a pattern."

In his latest gaffe Tuesday, Biden inaccurately recalled the year that Dr. Martin Luther King Jr. and Sen. Robert F. Kennedy were assassinated, saying the murders happened "in the late '70s," when both actually occurred in 1968.

Priebus, 47, who served as chairman of the Republican National Committee from 2011 to 2017, then as President Trump's White House chief of staff for the first six months after Trump took office, told host Sean Hannity there may be a reason why the media is so focused on Biden's errors.

"I think the media and some of the folks in the media that want a more progressive candidate, they want an Elizabeth Warren, they want a Kamala Harris, they're gonna swarm over this issue that's plaguing Joe Biden like we can't imagine," Priebus said.

"I think the media and some of the folks in the media that want a more progressive candidate, they want an Elizabeth Warren, they want a Kamala Harris, they're gonna swarm over this issue that's plaguing Joe Biden like we can't imagine."

"Here's the other problem with the Democrats," he continued. "President Trump has outmaneuvered the Democrats on one of their signature issues, which is sentencing reform. Elizabeth Warren is talking about sentencing reform. The only problem they have is the person they actually have to run against actually did it and did it more favorably than any president in modern history. They've got a huge problem right now."

Fox News contributor Tammy Bruce also said on "Hannity" that the American public, as well as Democrats, should be "appalled" that Biden is the party's 2020 frontrunner.

"They're pushing this man to do it because they do believe that he would have more of an appeal than all the rest of their talent," Bruce said, slamming Democrats who support him. "It's becoming embarrassing for this man to be in this position."

Despite his gaffes, Biden's poll numbers have remained strong. A recent Fox News Poll showed him 11 points ahead of Sen. Bernie Sanders, I-Vt., his nearest challenger.

"[For] the Democrats themselves, it also highlights the contempt they have for the American people and for their own base, that there's no real interest in being there for everyone in the country," Bruce said. "Either they lie about who's a racist. ... They want to divide and conquer."