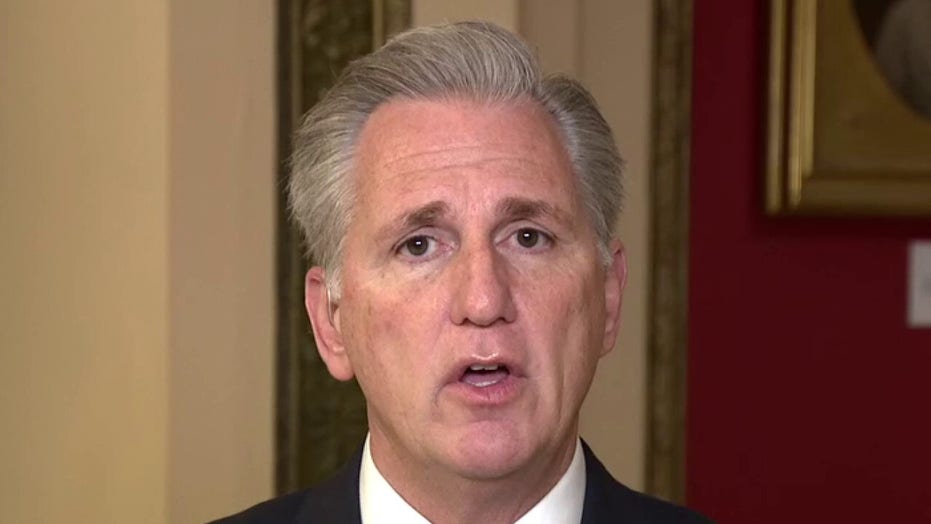 House Minority Leader Kevin McCarthy, R-Calif., said Thursday that he believes the House of Representatives will pass the $2 trillion emergency stimulus bill that made it through the Senate hurdle Wednesday night.

Appearing on "Fox & Friends" with host Brian Kilmeade, McCarthy said he wanted to make sure lawmakers had the chance to read the gargantuan 880-page bill -- the largest economic relief bill in U.S. history -- but that a vote would be cast Friday morning.

With three members of Congress having tested positive for coronavirus (COVID-19) and more than a dozen others self-quarantining, lawmakers are increasingly nervous about congregating in the Capitol to vote on the legislation.

As of Thursday morning, there were almost 70,000 cases of coronavirus recorded in the United States with over 1,000 deaths. The majority of those cases are in the state of New York.

McCarthy said the package will pass, but without unanimous consent.

"We will have a debate and then we will have a voice vote to bring it up and move it to the president's desk," he told Kilmeade.

"Unfortunately, we have wasted this entire week because the Democrats wanted to put in their election law changes, bail out pensions, put [in] the Green New Deal," added McCarthy. "We were able to keep that out, but they did put [in] some more funding for things that don't deal with coronavirus. But, we will still get this package that is needed for the hospitals, for the small businesses, to keep people employed -- that's the key part here." 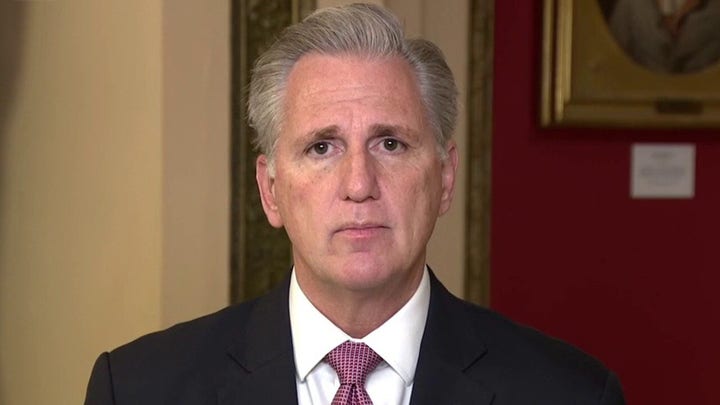 The bill passed in the Senate just before midnight on Wednesday by a vote of 96-0.

The unanimous vote came despite misgivings on both sides about whether it goes too far or not far enough. The vote capped days of difficult negotiations as Washington confronted a national challenge unlike any it has ever faced.

However, McCarthy said Pelosi's additional provisions in the stimulus -- which stalled progress -- were "very frustrating" to the American people who need help sooner rather than later.

"What this is -- this is help on the way," McCarthy stated. "When this passes, you cannot only just get a loan, but if you keep paying your employees and paying your rent, that portion of it is forgiven. You don't pay it back."

"And, for our larger businesses -- meaning you have more than 500 employees -- we are going to provide you the loan guarantee, but we also have a tax incentive in there where we could pay up to 50 percent of your employees for those two months. We want to keep America working," he continued further, criticizing Pelosi for delaying the bill by three days by pushing for additions that are unrelated to coronavirus.

"Let's let this work. Let's let this work inside America because I know the ingenuity, the intensity, and the inspiration -- we can overcome this. We have now given the resources to make and solve this problem."