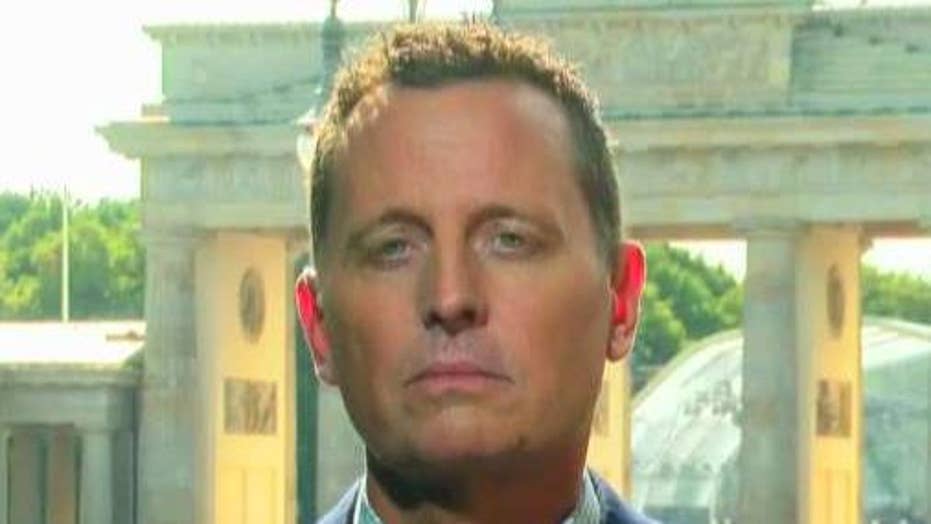 "I hear every single day that German CEOs are racing into the U.S. because of the pro-growth strategies," he said during "Cavuto Live" on Saturday.

He added that the U.S. would tell G-7 nations to follow its example in order to pursue economic growth. "There needs to be a plan that has a deregulation aspect, a fiscal expansion with some sort of tax cuts," he said, previously noting that Trump's tax cuts have grown the U.S. economy.

Grenell's comments came as Trump arrived in France for the 45th G-7 summit where he would likely face concerns over his trade pressure on China.

Fox News host David Asman asked Grenell whether the U.S. could effectively challenge China. He suggested the G-7 might not face a united front given that British Prime Minister Boris Johnson wanted Trump to scale back his attacks on the nation.

"Let me be very clear -- if we want a united front, then Europe needs to dial up. We don't need to dial back. The fact of the matter is that our economy is the one that's humming," Grenell said.

Trump's visit to the G-7 came as he announced new tariffs on the geopolitical rival and vehemently denounced their trade practices on Twitter.

CHRIS WALLACE: G-7 COULD BE IN FOR A 'BUMPY RIDE' AFTER WEEK OF VOLATILE MARKETS'

Grenell similarly attacked China on Saturday, claiming that it was a "mistake" to allow them to enter the World Trade Organization. because the nation "doesn't play by the rules."

Later during his interview with Asman, Grenell indicated that because media outlets focus on getting their economic information from governments, they may lose the perspective of the private sector.

"What I hear constantly from German CEOs, European CEOs all over from Brussels all the way across Europe -- what we hear is, we need to get to the United States in order to expand our businesses because it's not working here in Europe," Grenell said.