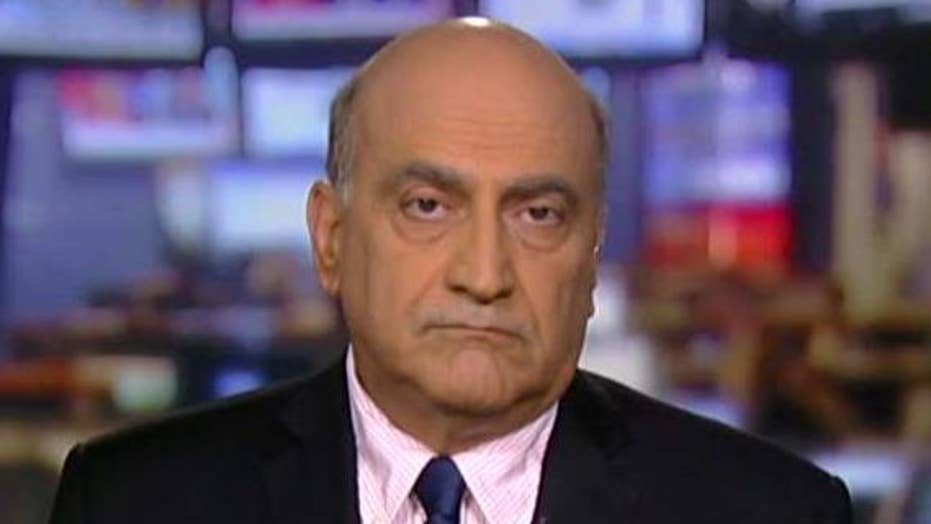 Standing with the US: Breaking down America's top allies

His comments came as Trump arrived in France for the 45th G-7 summit and many, like Rep. Eric Swalwell, D-Calif., claimed he was damaging alliances with other countries.

Swalwell warned on Thursday that if America faced an attack on its interests, the U.S. may not encounter the same support it had in the past.

"We continue to alienate our friends," Swalwell said, pointing out Denmark which clashed with Trump over his desire to purchase Greenland, one of its territories. Other critics have pointed to Trump's positions on trade and NATO spending as potential sources of conflict with Europeans.

But according to Phares, Trump strengthened alliances around the world and helped foster a coalition in the Middle East.

"Since the president visited Saudi Arabia in 2017, we have now a large Arab coalition ... and of course in the Middle East, we have Egypt which was not very happy with the previous administration's policies in the region -- now fighting with us against the jihadists, ISIS, Al Qaeda," Phares said while appearing on "Fox & Friends."

Phares, a foreign affairs analyst for Fox News, claimed things had positively changed in Latin America as well and that the United Kingdom's new leadership would be a boon to relations with the U.S.

"We always had strategic relations with Britain. We had some tensions over the past few years because of the Iran deal and other matters ... but now with the emergence of the new prime minister [Boris] Johnson, I think President Trump has a friend on the British Isle," he said.

"But beyond that in Europe, we have in Eastern Europe, Poland, the Czech Republic, Slovakia, other countries who are actually demanding from the Trump administration that we are more present than ever before in that area."

He added that although France had differences with the administration, it was allied with the United States in the war on terrorism. The same went for western European nations like Italy and Germany.