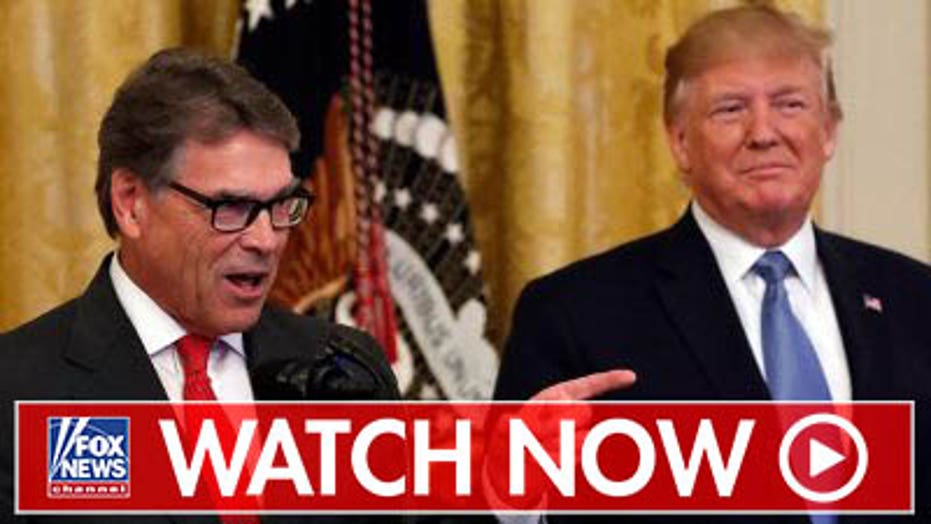 President Trump has led the way on working to make America competitive against China, Russia and other international rivals, Perry claimed Friday on "Special Report."

"Here's the great story: A decade-plus ago, they told us we'd found all the oil and gas resources that there were in the world," the former Texas governor said. "They didn't say, 'Here's what you're going to have to transition to.'"

"Through innovation and technology, there were some people... who didn't give up," he added, noting leaders in the natural gas industry.

He said America is taking the lead on reducing energy emissions as well.

"We're also helping drive down the cost of energy in the European theatre," he said, adding American LNG, "goes in and competes against Russian gas."

He said European allies are comforted and enthused by the United States exporting LNG in a "solid, secure" way that reduces their dependence on Russian energy, and that President Trump is able to play "hardball" with China in part because of America's strong export market.

"This is hardball. There's going to be ups and downs as we use our position in the world," he said, adding LNG production, "allows us to lean into this."