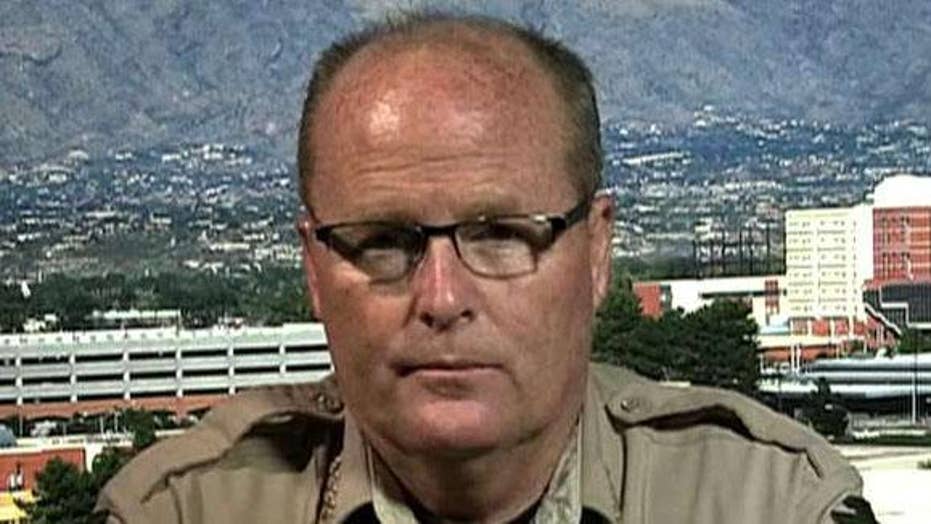 Sheriff Mark Dannels, who protects the southern border of Arizona, warned about the danger posed by drug cartels and argued Sen. Bernie Sanders' immigration plan would be a "disaster" for the United States.

"If we don't have a secure border in this country, we will have a different country. We need to stand united and the plan that Senator Sanders is putting forward is a disaster for this country," he said, while appearing on "Cavuto Live" Saturday.

Sanders, I-Vt., has proposed a slew of initiatives, which included abolishing Immigration and Customs Enforcement (ICE). Dannels likened that plan to a state governor getting rid of sheriffs and police chiefs. "It's no difference at the federal level," he said.

Dannels' interview came after nine Americans lost their lives at the hands of cartel gunmen on the southern border. Dannels serves in Cochise County, which is located across the border from where the grisly attack unfolded.

"They're violent, they're ruthless, and again, they're core evil," Dannels told Fox News host Neil Cavuto. Dannels added that the cartels should be labeled as "terrorists."

“When I am in the White House we will stop the hatred towards our immigrant brothers and sisters, end family separation, and locking children up in cages. We will end the ICE raids that are terrorizing our communities, and on my first day as president, I will use my executive power to protect our immigrant communities and reverse every single horrific action implemented by Trump,” Sanders said.