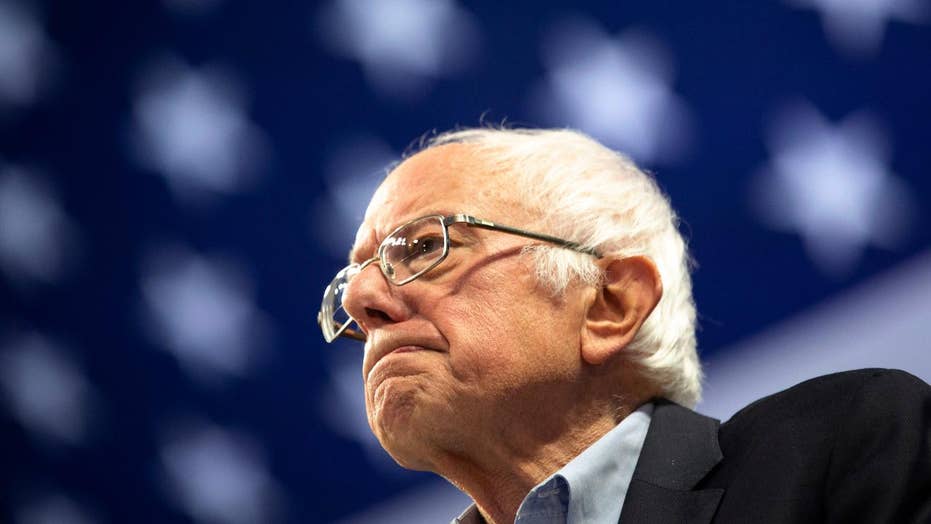 Reaction from Brian Brenberg, executive vice president and chair of business and finance at The Kings College in New York, and Jason Nichols, professor of African-American studies at the University of Maryland.

Sen. Bernie Sanders, I-Vt., on Thursday released a sweeping immigration plan that would impose a moratorium on deportations, "break up" existing immigration enforcement agencies, grant full welfare access to illegal immigrants and welcome a minimum of 50,000 “climate migrants” in the first year of a Sanders administration.

The plan effectively establishes Sanders at the far left of the immigration debate, as he aims to energize a base that helped drive his 2016 primary campaign amid competition from other liberal candidates in the field this time around.

“My father came to America as a refugee without a nickel in his pocket, to escape widespread anti-Semitism and find a better life,” Sanders said in a press release. “As the proud son of an immigrant, I know that my father's story is the story of so many Americans today.”

“When I am in the White House we will stop the hatred towards our immigrant brothers and sisters, end family separation, and locking children up in cages. We will end the ICE raids that are terrorizing our communities, and on my first day as president, I will use my executive power to protect our immigrant communities and reverse every single horrific action implemented by Trump,” he said.

The plan was written in conjunction with several illegal immigrants who were shielded from deportation by former President Barack Obama’s Deferred Action for Childhood Arrivals (DACA) program.

In the plan, Sanders pledges to extend legal status to those eligible under the DACA program, as well as to grant relief for their parents. He also promises to use executive authority to allow illegal immigrants who have lived in the country for five or more years to stay “free from threat of deportation.”

On day one of a Sanders presidency, he would also place a moratorium on deportations until there was a full audit of "current and past practices and policies." He would also end the so-called Trump travel ban, as well as other Trump policies such as the Migrant Protection Protocols (MPP), action against sanctuary cities and the public charge rule that restricts green cards to those immigrants deemed likely to rely on welfare. 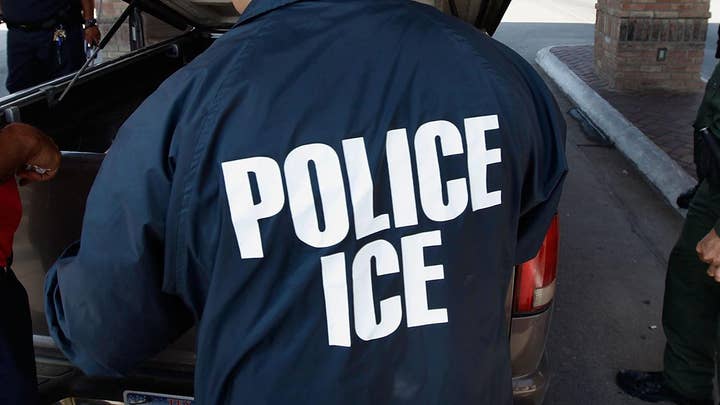 Sanders then wants to provide a “pathway to citizenship” via Congress for all illegal immigrants living in America -- which he says is currently around 11 million -- and would ensure that “old or low-level contacts with the criminal justice system” do not prevent illegal immigrants from walking along that path.

TRUMP LOCKED IN TIGHT CONTEST IN 2020 BATTLEGROUNDS, DESPITE TRAILING IN NATIONAL POLLS

As president, Sanders also would decriminalize illegal border crossings, making it a civil violation. Among a number of enforcement policies he wants to overturn or abolish, he would also end detention for those without a violent crime conviction, and also fund “community-based alternatives to detention” that gives illegal immigrants “health, legal, educational and work resources.”

He would also set up a $14 billion federal grant program for legal defense for poor immigrants, end the use of video conferencing, and ensure access to translation and interpretation services "throughout every step of the legal process."

He would also create a new program to “welcome migrants displaced by climate change” and push to accept a minimum of 50,000 “climate migrants” in his first year in office. Additionally, he wants to increase aid to Central and South American countries, fund programs to end corruption, repression and poverty, as well as lifting caps on refugees.

As for those agencies that enforce immigration law, Sanders promises to “restructure” the Department of Homeland Security.

THOUSANDS OF MIGRANTS SEND BACK TO MEXICO UNDER TRUMP POLICY HAVE GIVEN UP THEIR ASYLUM CLAIMS: DHS

“Immigration is not a threat to national security,” his plan says. “It is long past time we break up the Department of Homeland Security and refocus its mission on keeping our country safe and responding effectively to emergencies.”

Part of that plan includes breaking up both Immigration and Customs Enforcement (ICE) and Customs and Border Protection (CBP) -- the two main agencies involved on the ground in enforcing immigration law in both communities and at the border. Matters to do with deportation and enforcement would return to the Department of Justice, customs matters to the Treasury and naturalization and citizenship to the State Department.

Instead, border enforcement would focus on “stemming the flow of firearms drugs at ports of entry that have contributed to the opioid epidemic, ensuring that labor standards on the border are enforced, and stopping human trafficking.” However, measures such as DNA testing and facial recognition technology would be abolished for immigration and border enforcement.

For those immigrants, illegal or not, who are in the country, Sanders accelerates the sometimes-cautious calls by the 2020 Democratic field to include illegal immigrants in welfare programs and other government services such as health care. Under Sanders, everything is on the table for everyone in the country regardless of immigration status. 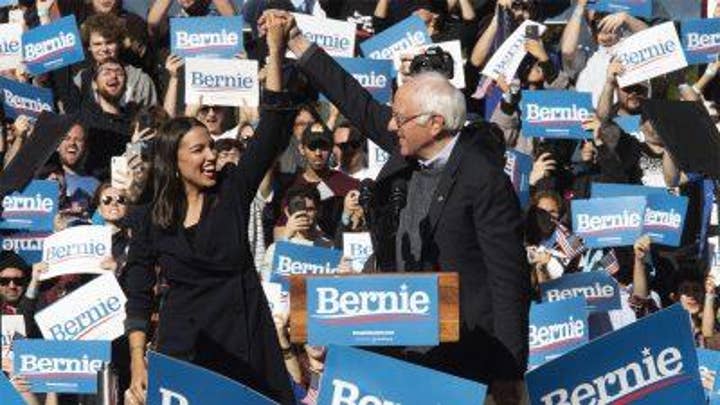 In addition to the path to citizenship, Sanders wants to streamline legal immigration channels, reduce fees, and provide funding to unite immigrants who are stuck in backlogs.

It remains to be seen to what extent other hopefuls in the 2020 race will go along with Sanders' plan -- particularly former Vice President Joe Biden and South Bend, Ind. Mayor Pete Buttigieg, who have taken more moderate stances on questions related to immigration enforcement. The Republican National Committee on Thursday called the plan "dangerous."

“Bernie’s dangerous open borders agenda would incentivize illegal immigration and continue the flow of illegal drugs and criminals into our country," RNC spokesperson Michael Joyce told Fox News. "Meanwhile, President Trump’s steadfast leadership on this issue has resulted in a 63 percent decline in illegal immigrant apprehensions since May."

Trump has previously indicated that he believes liberal immigration policies from his opponents will help him win in 2020. When a number of Democrats raised their hands in June to a debate question about whether those in the country illegally should get health care, Trump declared it "the end of that race!"