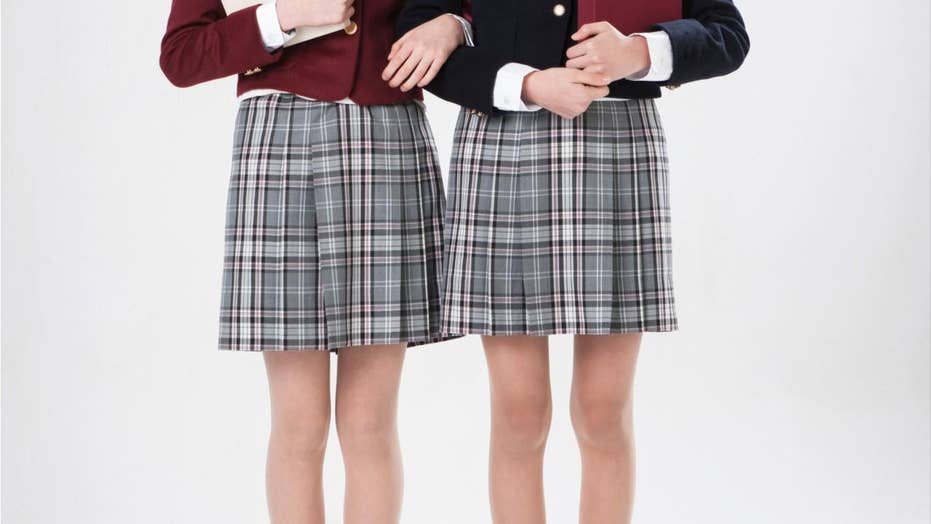 A Catholic high school teacher is under fire for allegedly saying some female students’ skirts ‘were putting every male in this building in an awkward situation.’

A high school principal in Ontario, Canada has apologized for making a comment to female students saying their outfits put “every male in this building in an awkward situation.”

St. Theresa’s Catholic High School principal Bern Tate and vice principal Megan Clarke came under fire for their comments when they entered a 12th-grade classroom and asked all the female students to stand up for a skirt-length check.

According to CTV News Barrie, one of the student’s recorded the incident. In the recording, Tate allegedly can be heard commenting on a student’s skirt.

“It’s like the #MeToo movement. You’re putting every male in this building in an awkward situation," the recording reportedly said.

Student Hannah Arbour told the news station she was “caught off guard by the comments.”

“And then [Tate] was like, ‘We get it, legs are pretty,’” another student said, Yahoo Lifestyle reports, “We were like, uh, that’s uncomfortable. We’re underage females in a Catholic school — why is that comment being made by someone of authority?”

Parent Kim Mason was concerned about the language used in the comment. To CTV she said, “Talk about the skirts, tell them what to wear, but do not mention #metoo in that same context. They’re really implying that these girls are asking for it by showing their legs.”

Simcoe Muskoka Catholic District School Board did not immediately respond to Fox News’ request for comment, but told Yahoo Lifestyle in a statement that the administrators involved have apologized to all of the students at the school.

“The administrators have openly acknowledged they made mistakes in how they dealt with their uniform concerns and they have apologized to all of the students in the classroom,” read a statement sent to Yahoo Lifestyle from Brian Beal, director of education at the Simcoe Muskoka Catholic District School Board. “It was never the principal’s intention to make anyone feel uncomfortable, and he is working to resolve any issues that students and parents have. As a board, we are all committed to learning and growing from this situation. Moving forward, we will be asking our principals to initiate discussions and review their current dress code practices, which will include consultation with parents. This situation will certainly be a starting point for conversations in each of our respective school communities.”