Wynonna Judd admitted she's "incredibly angry" and still very much grieving the death of her mother, Naomi Judd, who died from a self-inflicted gunshot wound in April. She was 76.

The mother-daughter duo were about to embark on a reunion tour to reminisce with fans on their favorite ‘80s and ’90s songs from The Judds, one of the most successful music acts from the genre with five Grammy Awards, nine CMA awards and 14 No. 1 singles on the Billboard Hot Country Songs charts.

"I got the call, and I went over, and I saw her and I said goodbye to her in the hospital, and I closed her eyes, and I kissed her forehead, and that was that," Judd told CBS Sunday Morning during her first interview since Naomi died in April. "And next thing I know, I'm sitting here on the side porch, and I'm just trying to figure out what's next."

One day after Naomi took her own life on April 30, 2022, The Judds were inducted into the Country Music Hall of Fame.

WYNONNA JUDD SAYS SHE CRIED ‘A LOT’ AFTER HER MOTHER NAOMI JUDD'S DEATH: ‘I FEEL JOY AND SORROW’

"I did not know that she was at the place she was at when she ended it, because she had had episodes before and she got better. And that's what I live in, is like, 'Was there anything I should have looked for or should I have known?' I didn't."

When asked if she was "angry at all," Wynonna replied, "Yes. Incredibly angry."

"Does that ever go away?" Lee Cowan followed up.

She was hesitant to believe the difficult feelings ever subside, but does still feel her mother's spirit guiding her throughout the day.

Naomi Judd, left, and Wynonna Judd, of The Judds, perform at the Girls' Night Out: Superstar Women of Country in Las Vegas on April 4, 2011.  ( (AP Photo/Julie Jacobson, File))

Wynonna added, "She told me one time, she took my hand, and she said, 'My life is better because of you.' Those are the memories that are starting to come through, more and more. I think when you lose your mother, a lot of that crap goes away, 'cause it doesn't matter anymore. It just doesn't."

NAOMI JUDD'S DAUGHTERS ASHLEY, WYNONNA NOT NAMED IN WILL, ARE REPORTEDLY LISTED AS BENEFICIARIES OF TRUST

Her mom's death in April has brought a positive change in her relationship with her sister Ashley though, who rose to fame starring in the '95 film "Heat" and went on to star in dozens of roles while also taking on activist title with humanitarian work focused on gender equality, and reproductive health and rights for women. 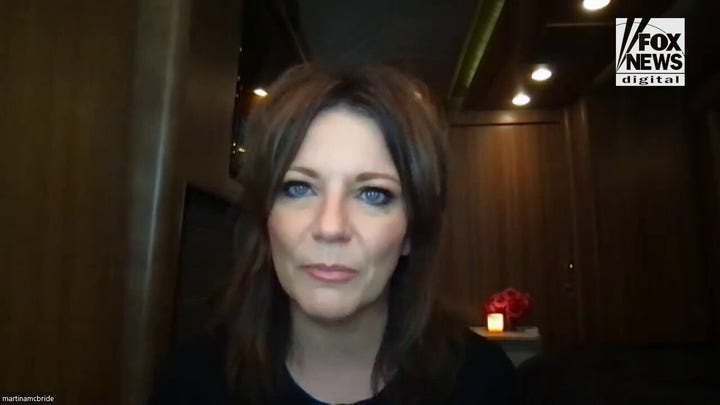 She admitted to leaning the most on her husband, musician Cactus Moser, who has been helping her prepare for a new tour starting this week, which was initially intended to be a reunion show for The Judds and was announced only a few weeks before Naomi died.

In 1990, Naomi announced her retirement from performing due to chronic hepatitis. Wynonna continued her solo career and they occasionally reunited for special performances.

When asked if the slate of shows would be "therapy in some ways," Wynonna was unsure, but noted, "I think it's important to do it, if that makes sense. I feel like I have my marching orders."

She added, "As I walk out on stage that first night, I'll probably say something like, 'It's not supposed to be like this,' because it's not, right? It's supposed to be the two of us. And I'm gonna be angry because she's not there."

"I wanna come out on stage and sing from my toenails a song that helps someone out in that audience. … It's about me singing to help someone feel better. That's always in my spirit."

Just weeks before her death, Naomi and Wynonna reunited and performed at the CMT Awards, where they announced they were going back on tour for the first time in 10 years.

McBride exclusively told Fox News Digital that she's especially excited about the concert series "because it is the final time that you're going to be able to go and hear this music live" with real fans.

"The Judds have just always been there. They are such an iconic part of our music history in country music, and I can remember singing ‘Mamma He’s Crazy’ back in my dad’s cover band in Kansas and was just smitten from then on," she said. "So all of these years later, to be able to be asked to be part of this tour honoring the Judds, Naomi, Wynonna, it’s thrilling and so special."

She added: "I just hope that everybody is immersed in it, really present. I think there is going to be such a positive, huge vibe of energy and love and giving back and forth between the artists and between Wynonna, obviously, and her fans. I’m looking forward to just soaking that up every night."