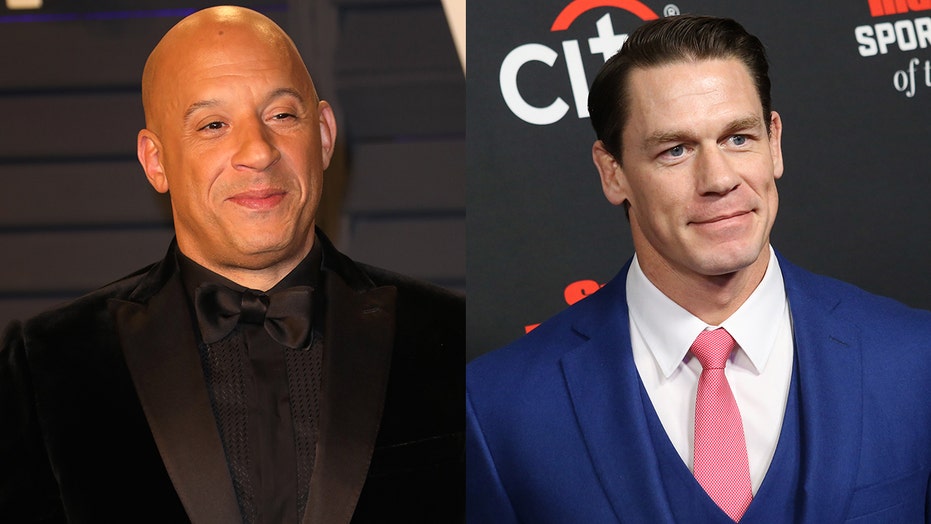 As he celebrated the premiere of “Avengers: Endgame,” Vin Diesel teased fans with the newest addition to the “Fast and Furious” family, professional wrestler John Cena.

The 51-year-old star, who played Dominic Toretto in six of the last eight films, took to Instagram to share the big news while invoking the memory of the franchise’s late star, Paul Walker.

“As you know I’m always thinking fast and I think about the responsibility of making something iconic and deserving of your loyalty,” Diesel says in the video. “I know this sounds crazy but every blue moon I feel like Pablo up there sends me someone, another soldier for the fight for truth and today someone came by the Toretto gym that speaks to what Pablo would have brought.”

With that, Diesel panned the camera to his left to reveal Cena standing beside him dressed in a blue suit. The 42-year-old wrestler waved to the camera without saying a word.

The post seems like it’s an announcement that Cena will play a role in “Fast and Furious 9,” which is slated to hit theaters in 2020. The news comes just a couple of months before the franchise’s first spinoff “Hobbs & Shaw” hits theaters on Aug. 2.

The spinoff features Dwayne "The Rock" Johnson and Jason Statham reprising their roles from previous films in a team-up that isn’t expected to feature any of the other cast. While neither star has confirmed it, rumors of a feud between Diesel and Johnson have circulated for years. Things are reportedly so bad that many believe it’s unlikely that Johnson and Diesel will ever share the screen again.