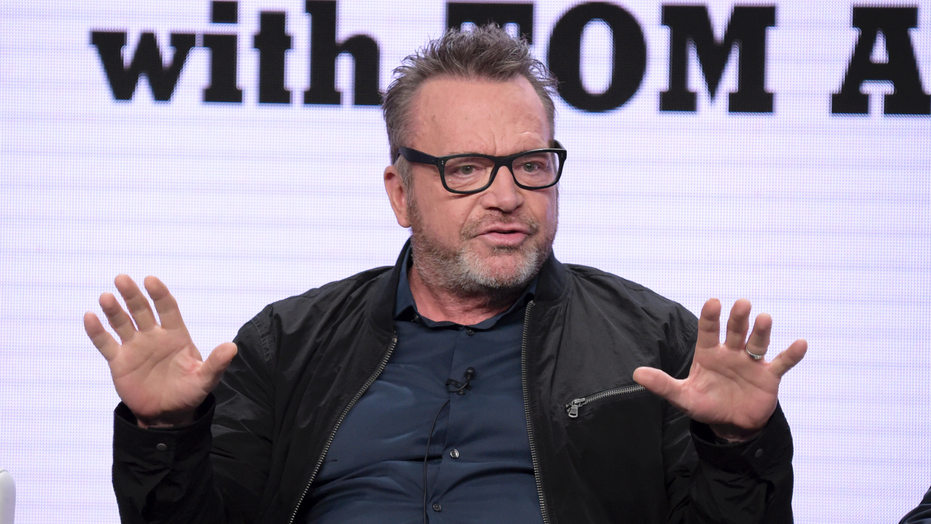 The actor took to Twitter to encourage violence from people protesting police brutality in the wake of the death of George Floyd, who died May 25 in police custody in Minneapolis, Minn. when Officer Derek Chauvin knelt on his neck for more than eight minutes. In response to reports that President Trump has dispatched additional federal law enforcement in riot gear without visible badges or name identification, Arnold suggested that liberals in D.C. arm themselves.

“2nd Amendment is for everyone including black men with long guns but it's f---ing time for us white liberal men to stand up for our brothers & sisters. Borrow our dad's hunting rifles & go nose to nose with Trump’s gang of misfit tools. Let's do it,” he wrote on Twitter.

The tweet was in response to a video showing people in riot gear forming a blockade in the nation’s capital. However, it’s unclear who the units are or whom they’re under orders from.

“Completely unmarked officers in riot gear holding protesters blocks away from the White House. No badges. No insignias. No name tags. Nothing. Refused to tell us who they’re with,” the initial tweet read.

Last week, Democratic senators Chris Murphy of Connecticut and Chuck Schumer of New York introduced legislation requiring federal law enforcement officers and members of the armed forces to clearly identify themselves and their agencies while conducting crowd control in the U.S.

“President Trump is trying to intimidate peaceful protestors by having unidentified and unaccountable federal law enforcement officers and members of the Armed Forces roam the streets of DC. The United States would normally condemn this tactic if used by dictators of other countries, and its use here directly threatens our democracy,” said Murphy in a press release. “Americans have a right to know who is patrolling their streets, and to have recourse if their massive power is misused.”