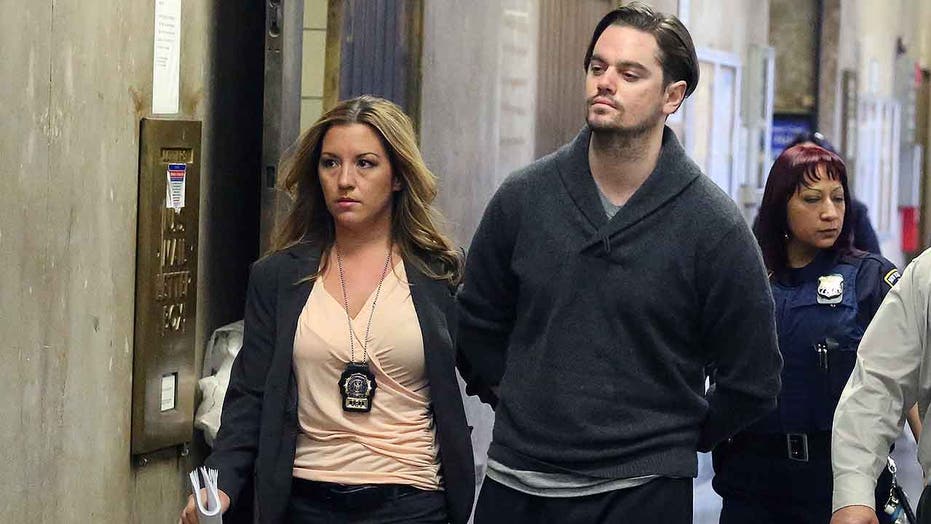 When police discovered the body of swimwear designer Sylvie Cachay submerged in an overflowing bathtub, their first thought was that she must have taken her own life.

But when they found her boyfriend's wet socks by the bed and hotel guests in neighboring rooms said they had heard a row that "ended abruptly," it was clear something more sinister had happened.

A new Crime and Investigation documentary, "Murder at Soho House," reveals Cachay was murdered in cold blood by her 24-year-old boyfriend, Nick Brooks, who had been secretly using her credit card to book prostitutes for months.

Nick — the son of millionaire and Oscar winner, Joseph Brooks — had then gone out drinking.

At the time of Cachay's death, Nick’s father was also under investigation for the sexual assault of 127 women who he allegedly drugged and raped at fake “auditions.”

Speaking in the documentary, investigator Linda Fairstein says Nick’s upbringing — which saw him allegedly forced to sleep with prostitutes in his early teens — had a profound effect on the way he saw and treated women.

But when she arrived she could barely stand and told the receptionist she had taken a sleeping pill before coming.

Manager Kristin helped Nick get her to her room and, as she left, heard Cachay’s voice raise and then suddenly go silent.

Just after 2 a.m., guests in the room below complained of water dripping through the ceiling and staff knocked on the door of number 20.

Nicholas Brooks is led into Manhattan Criminal Court on Monday, May 6, 2013. Brooks, already in jail awaiting trial for allegedly killing swimsuit designer Sylvie Cachay, was rearrested and charged with impersonation a Corrections officer when he made a call from jail. (Getty)

When there was no answer, they let themselves in – and discovered half-dressed Cachay submerged in a bath with the taps still running. Nick was nowhere to be seen.

Attempts to revive her failed and she was declared dead at the scene.

At first, investigators suspected a drug overdose or suicide.

But they soon discovered a man’s wet socks by the bed and noticed that bruises were starting to appear on the victim’s neck.

When Nick arrived back in the lobby shortly after, his eyes were bloodshot, he was “stumbling around, clearly drunk” and crucially, he was wearing no socks.

Police investigator Robert Moller asked him to come to the station and explained that Cachay was dead and took him in for questioning.

Nick — who didn't cry once during the process — claimed they had started the evening at Cachay’s apartment and, after a romantic dinner and candlelit sex, Cachay had taken a sleeping pill and he had gone for a shower.

When he came back out, he bizarrely claimed the bed was on fire — and said he put it out and saved her life.

The pair then went to Soho House to stay the night as her flat was too smoky — and Nick claimed he had left her sleeping in bed while he went out drinking.

But the police were convinced he had a hand in her death — and set out to prove it.

After searching her flat, they found a letter addressed to Nick in Cachay's desk with a list of ways he wanted him to change, including “Be more ambitious” and “hold me after sex.”

Cachay had also written that she'd discovered Nick’s dad, Joseph Brooks, had been arrested on suspicion of raping 127 women and his cash had been diverted into the defense fund, leaving Nick penniless.

Joseph reportedly made no secret of his love of using prostitutes and throughout Nick's childhood.

“His dad ordered him prostitutes,” claims Cachay’s friend Caroline Goddard. “Then Nick started ordering prostitutes for his dad. It's toxic masculinity at its most distilled.”

Throughout Nick’s youth, Joseph was also allegedly raping and drugging women in the apartment they shared.

As a noted filmmaker, he used auditions advertised in Craigslist to lure actresses and models to his home.

He would show them his Oscar and tell them they could be on the path to their own awards if they did what he said, before trying to coerce them into sex.

If that didn’t work he would drug them and rape them.

In June 2009, Joseph was arrested on the charge of raping or sexually assaulting 11 women.

In December 2009, prosecutors asked that more charges be taken into account — 127 in total.

But two years later, before his trial, Brooks was found dead in his apartment having taken his own life.

Inspector Linda Fairstein says the abuse of women witnessed by the younger Nick had a deep effect on his behavior.

"Nick Brooks lived with his father in New York and so was present in the apartment when his father was sexually abusing women," she says.

“The more that prosecutors looked at how he was raised it seems inevitable that the way he treated Sylvie Cachay was just so indicative of how he had learned about the treatment of women, and respect for women and violence against women, from his father.”

In 2013, Nick was found guilty of the murder of Cachay in the Soho House bath. He was sentenced to 25 years.

Cheri believes that growing up with money was a huge factor in Nick's disregard for women.

“Sylvie told me that Nick didn't do dishes. Instead of doing dishes he just bought new dishes. To me, it speaks to how spoiled he was.

“It speaks to the character of this person who feels that everything can just be thrown away, including my friend's life.”