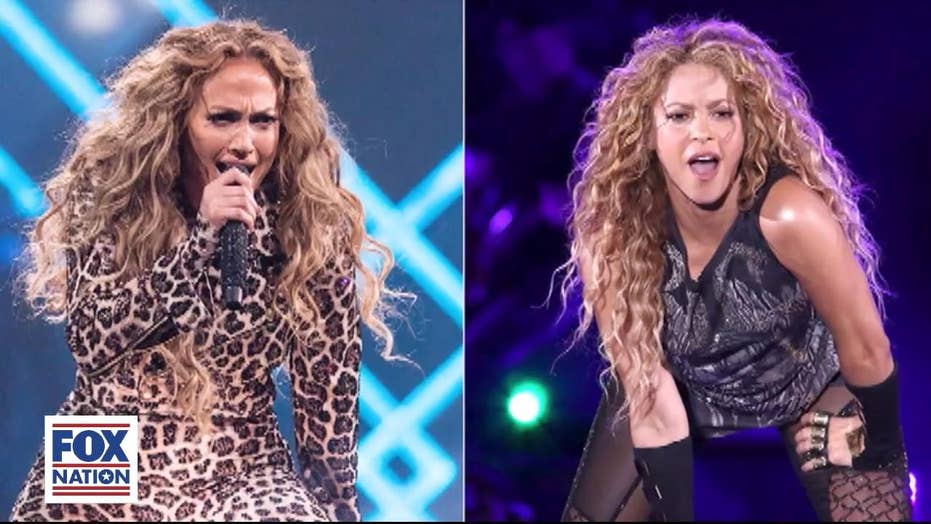 This musician has a problem with Jennifer Lopez, Shakira performing at Super Bowl Halftime: 'WTF? Shakira and JLO?!'

Shakira was given the ultimate birthday gift when she was asked to perform alongside Jennifer Lopez at Super Bowl LIV on Feb. 2 of next year, her 43rd birthday.

The Colombian crooner and dancer says she can’t wait to grace the stage at Hard Rock Stadium in Miami and take part in what she describes as an ode to Latin culture, thanks to hip-hop legend and business mogul Jay-Z.

RIHANNA SAYS SHE REJECTED SUPER BOWL HALFTIME PERFORMANCE BECAUSE OF COLIN KAEPERNICK: 'I COULDN'T BE A SELLOUT'

"I've always wanted to perform at the Super Bowl. I think it's like the Holy Grail of the entertainment industry,” Shakira told Zane Lowe in an interview on Apple Music’s “Beats 1” on Tuesday. “It's a sports event, but it has a huge relevance for us artists, and I think it's going to be fantastic. And, I'm going to be celebrating my birthday with 100 million people. A small party. It's surreal.”

The mother-of-two revealed that Jay-Z personally called her to extend the offer of performing with Lopez on the NFL’s biggest night – which his entertainment and management company Roc Nation is producing.

The “Waka Waka” songstress said she feels as though she’s responsible for opening the world’s eyes to other parts of the Latin world – many of whose people have migrated to the United States in search of better lives.

“And, I think, in a way, I feel that I'm representing another part of the Latin world, which is all those people around the globe who almost barely speak English,” she added. “And, a huge portion of the demographic that also arrived in the U.S. and live the American dream. I think this is going to be an event to celebrate Latin culture and the importance of women also in the industry.”

The three-time Grammy-winner said she isn’t sure what to expect from the performance but noted that she has already begun to obsess over the production, even though it has been less than a month since she and the Bronx-born Lopez were announced as co-headliners.

“Very short, therefore very nerve-wracking,” said Shakira of what she anticipates the show will be like. “I can't stop thinking of ideas. Every day I have a new idea. And so now, it's a matter of making them all work together and having the time to consolidate all of that and present the best show of my career.”

As the “Hips Don’t Lie” singer prepares for the performance, Shakira will also release a concert-film documentary in November that sheds light on how she pressed on during her 2018 “El Dorado Tour,” which saw the Latina bombshell postpone her tour after sustaining a hemorrhage to her vocal cord.

“For a second I thought that I was never going to be able to sing again,” she said of the harrowing ordeal. “Actually, for a few months, it was one of the most difficult things I've ever experienced in my life. I visited so many doctors and they all said that I had to have surgery. That there was no other way to recover my voice other than surgery. Surgery was obviously very risky. So you can only imagine the nightmare that it was.”

The pop superstar continued: “I couldn't speak to my children. I had to remain doing vocal rest for long periods of time. A miracle happened. I didn't require any surgery. It's a happy ending to my story and the story of this tour.

“So, to be able to have all of this in a document that is going to tell people the story of how it all happened and how it all came together as well and the process, the creative process and the bittersweet battle of bringing this to the audiences, I think it's going to be fantastic.”