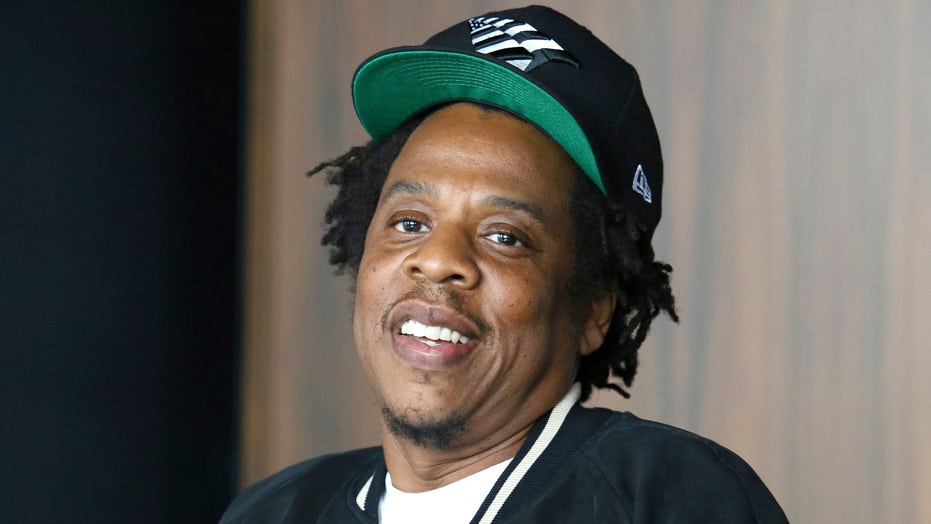 Jay-Z got candid about his new partnership with the NFL — including how he feels about former player Colin Kaepernick, 2019 Super Bowl halftime show performers Maroon 5 and how he’ll choose a headliner for the 2020 show.

The rap icon revealed Tuesday that his Roc Nation company would partner with the NFL on its entertainment presentations and Inspire Change Initiative, which was created after an agreement with a coalition of players who demonstrated during the national anthem to protest social and racial injustice in the U.S.

Those demonstrations were sparked by Kaepernick kneeling during the national anthem in 2016 in an effort to protest the killings of minorities by police officers. Some called Kaepernick unpatriotic for the quiet protest, and he has not played for the NFL since he opted out of his contract with the San Francisco 49ers in 2017.

The Brooklyn native, a longtime and outspoken supporter of Kaepernick, fielded questions in New York City alongside Commissioner Roger Goodell.

Jay-Z also said he and Kaepernick had a conversation about the new deal but offered no details.

The star did note that he feels the conversation surrounding NFL protests has “moved past kneeling,” adding that it’s “time to go into actionable items.”

Jay-Z discussed his company's partnership with the NFL as well as his support of the protest by Colin Kaepernick. (AP Photo/Marcio Jose Sanchez, File)

“No, I don’t want people to stop protesting at all. Kneeling — I know we’re stuck on it because it’s a real thing — but kneeling is a form of protest. I support protest across the board. We need to bring light to the issue. I think everyone knows what the issue is — we’re done with that,” he explained. “We all know the issue now. OK, next. What are we moving (on to) next? ...And I’m not minimizing that part of it because that has to happen, that’s a necessary part of the process. But now that we all know what’s going on, what are we going to do? How are we going to stop it? Because the kneeling was not about a job, it was about injustice.”

Jay-Z said he is not performing at the 2020 halftime show, which his company will co-produce, and said he turned down the offer in the past because he “didn’t like the process.”

“You take four artists and everyone thinks they’re playing the Super Bowl, and it’s almost like this interview process,” he said. “I think the process could have been more definite.”

The star was also asked about the previous performer, Maroon 5, who played to mixed reviews at the past halftime show. At the time, artists like Rihanna reportedly turned down a chance to perform due to the NFL’s treatment of protesters like Kaepernick.

"Nobody — with all due respect — nobody mentions Adam Levine in this whole thing and the role he played in this," Jay-Z told reporters. "We all talk about Kaepernick, that's a hot button issue, but this is an entertainment company as well. We also have to discuss what happened ... what happened with the Super Bowl?"

"Well, we had to have a conversation right, because, there was a lot of talk around Adam Levine's performance in Atlanta, and me being vocal about stepping back from performing as well," he continued (via Entertainment Tonight). "I think that sparked some of the conversation [with the NFL] as well."

Jay-Z was also asked about his objection to rapper Travis Scott joining Maroon 5 on stage for the performance.

“Nobody asked about it, but my problem with Travis Scott wasn't about him not playing football, my problem was that he had the biggest year to me," he explained. "Last year, he had a monster record -- 'Sicko Mode' --  and he's playing on a stage with an M on it. I don't see any reason for him to play second fiddle to anyone that year and that was my problem."

This year’s Super Bowl is scheduled to take place at the Hard Rock Stadium in Miami Gardens, Florida in February. Jay-Z’s company will help with the selection process for a performer but noted that there’s a lot of consideration going into the decision after the outlet floated names like Jennifer Lopez, Enrique Iglesias and Pitbull.

“We had this conversation, you can't go to a city, plop a show down and then leave. Like, at least speak to the community. Speak to the guys that's on the ground organizing things and trying to make things better, in that sort of way," he said. “Tampa's next [in 2021]. I love Tampa, but I have no idea who's from there, who would perform."