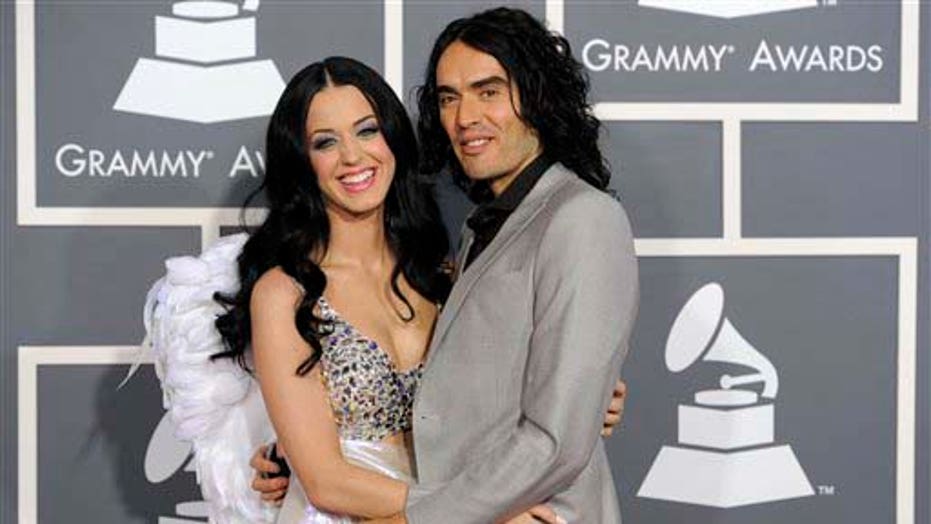 Comedian Russell Brand gave a rare comment about his previous marriage to pop star Katy Perry during a show this week.

The comedian and movie star, 44, appeared at a comedy show in Sydney, Australia, on March 3 as part of his Recovery Live Tour. Us Weekly reports he opened the show by referencing the 35-year-old singer by name in a jocular effort to introduce himself to audience members who were not familiar with him.

The outlet reports that he also mentioned the “American Idol” host again at the end of the show.

“He was taking questions from the audience, and someone asked him about love,” a source told the outlet. “Then, another person called out Katy’s name and Russell said she is a ‘lovely human being’ but wouldn’t say more.”

Russell Brand commented on his past marriage to Katy Perry during a recent comedy show. (Reuters)

Perry and Brand began dating in 2009 after connecting at the MTV Video Music Awards. They were married in 2010 but were officially divorced by 2012. Although they’re often tight-lipped about the whirlwind romance, Us Magazine reports that Perry will release a track titled “Never Worn White” that references the fact that she wore a gray Elie Saab Haute Couture wedding gown at their wedding.

The “Fireworks” singer is currently engaged to actor Orlando Bloom. She previously spoke about her marriage in an interview with Paper magazine.

“It's easy to be single and not to be called out on your stuff, living your awesome single life thinking you're the greatest, and the best, and doing anything you want. But then when you get in a partnership you guys are there to teach each other lessons,” she said in 2019.

She added: “I’m very pragmatic and logistical and I am less fantastical about things. I mean, I was married when I was 25. I’m 34. It was almost 10 years ago. I was like, ‘One person for the rest of my life,’ and I’m not so sure that that idea is for me. I’m just such a different person than I was.”