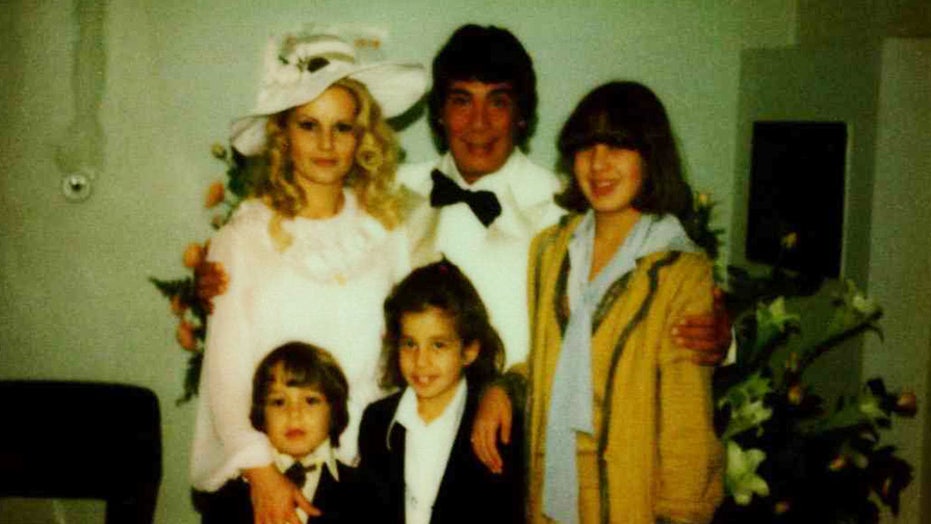 Mark Franchetti and Andrew Meier were about to give up on their quest to tell the story of a soldier in the Sicilian Mafia who famously broke the code of silence when they discovered an important email address.

In 2015, the filmmakers were told by those who knew Tommaso Buscetta that a certain email address had been previously used by members of his family. Meier eagerly sent a well-crafted note to the address, but heard nothing for weeks. Finally, Buscetta’s widow, Cristina, wrote, “I must say that you piqued my curiosity.” And it ultimately led to a new, shocking documentary.

“Our Godfather: The Man the Mafia Could Not Kill” tells the tale of Buscetta, the first high-ranking mafioso who testified at trials in Italy and New York in the 1980s. His testimony would lead to the convictions of more than 400 members of the mob. For the first time, his family, including a reluctant son named Roberto, who had been hiding for decades under assumed names, spoke out on camera.

Tommaso Buscetta's son Roberto, who fears for his safety, at a gun range in Florida. (Kew Media)

“There were many days when we said, ‘Maybe we should abandon the quest,’ when finally one DEA agent gave us one of the family’s aliases that they used while hiding,” Meier recalled to Fox News. “They had used so many aliases, they had lived in many parts of the country… [And] we couldn’t believe [Cristina responded]. That was really the start of it. We had all but abandoned the quest. The six weeks of silence was a long time.”

Buscetta was the youngest of 17 children and the only sibling to join the mafia, The New York Times previously reported. He became such an influential figure that mob bosses sought his advice. He lived in both Brazil and Brooklyn, where he worked with the Gambino crime family.

But it was also mafia hitmen who killed two of his sons, a son-in-law, his closest brother and a nephew in 1982. After he was arrested in Brazil the following year, Buscetta finally agreed to cooperate with both Italian and American law enforcement by signing a 3,000-page confession.

Tommaso Buscetta facing the press after his arrest in Brazil in 1983.

“I think there are several factors in why Tommaso broke the code of omerta [code of silence],” Franchetti explained. “I would say the absolutely crucial one is the fact that they went after his family and started systematically wiping them out. It was a turf war, which is explained in the film. Then the fact that they killed his two sons who didn’t really have anything to do with the mafia just to get to him. That was a crucial element in getting him to turn. And he also didn’t have the power to take them on because he was part of a losing clan, the clan that was losing the war. So in a sense, it’s an issue of revenge.”

Buscetta met Cristina, his third wife, in Rio de Janeiro in 1971. According to the documentary, Buscetta returned there in the early 1980s after serving a prison term for drug trafficking. Buscetta reportedly stressed to Cristina he wanted no part in the ongoing war and was eager for a fresh start with his children. The couple stayed together until his death in 2000 at age 71 from cancer.

Meier shared that not only did Buscetta never regretted baring all, but his family finally wanted the world to know the truth.

Tommaso Buscetta and his wife Cristina in 1980 shortly before he fled from Italy.

“We weren’t romanticizing him,” said Meier. “Yes, he was a criminal. It was very clear to people and very clearly stated in the film. But he also tried to do something on the right side of justice… It was a long journey. A very difficult one. And the moment he made the decision, it stuck with him. I think it’s probably fair to say the consequences of it were harder than he had envisioned.”

Since Italy didn’t have a witness protection program, American authorities hid Buscetta in a safe house in New Jersey, The New York Times reported. One DEA agent described Buscetta as “the most important, the most wanted and most endangered witness in American criminal history.” Louis Freeh, the lead prosecutor who went on to become director of the FBI, shared that Buscetta vividly described the enterprise, its leaders and goals.

“He was very talkative about certain things but he never really disclosed what he did, which crimes he committed,” said Franchetti. “… What surprised me the most was how everyone was just absolutely charmed by him… Everyone always talked about him as this very charismatic, very charming, very educated, well-spoken man. We couldn’t find anyone who would say, ‘He was a real son of a b—-h.’”

“We learned early on, Mark and I, that we’re a long way from John Gotti here,” said Meier. “This man in the mafia clearly stood apart. This was due to his intelligence, his charm, his presence, all of that.”

But the mafia never forgot Buscetta’s betrayal. When Buscetta passed away, he was buried in North Miami, Fla., under an alias. Cristina and Roberto admitted that not even their neighbors knew their real names out of fear they would still be targeted. Many relatives refused to appear on camera to share their stories. Roberto, who said "killing Tommaso Buscetta’s son would be a perfect trophy,” asked for his face never to appear in full view.

One nephew who participated in the documentary still struggled with the brutal death of his father over his familial connection with Buscetta.

“Other people paid the price for his decisions, for the life that he chose in joining the mafia and then turning,” said Meier. “[His nephew] never forgave him, never met Buscetta… His father had no connection whatsoever with the mafia… And he got killed only because he’s related to Buscetta. And 30 years later it was still very difficult for him to agree to go on camera… it was a big decision for him… He said Buscetta was like a hand grenade in his life.”

As for Cristina, she would go on to appear on camera to tell her story of great love, war and tragedy.

“It was more than three years ago when we realized there was a widow still alive who had spent 30 years with [Buscetta] and was the most important person in his life who had vanished 30 years ago and never spoke before,” said Franchetti.

"And all of his family, most of the family also had disappeared 30 years ago under the witness protection program in the States,” he continued. “We thought, ‘If we can find them and we can convince them to go on camera, we’re also certain that we’ll have a film. So it’s the fact that we found them and that they agreed to go on camera and share their private archives, to tell their stories — that allowed us to make this film now.”

“Our Godfather” is currently streaming on Netflix.