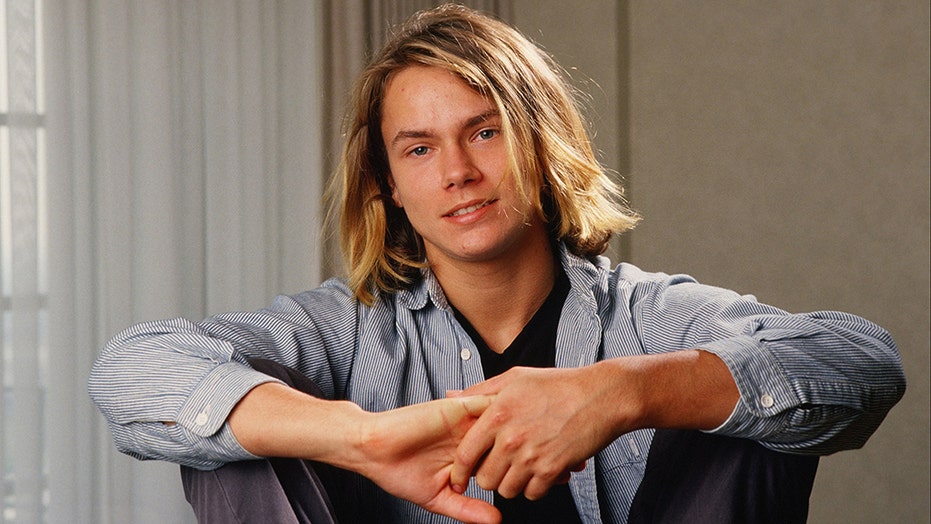 Rain Phoenix is determined to honor the legacy of her brother River Phoenix through song.

Twenty-six years after the actor died in 1993 at age 23, the actress/musician released her first solo album, titled “River,” on the anniversary of the actor’s passing, People magazine reported on Thursday.

River fell into convulsions and died on the sidewalk outside of popular West Hollywood nightclub The Viper Room at about 1 a.m. on Oct. 31, The New York Times previously reported. The Los Angeles County coroner’s office revealed the sudden death was caused by “acute multiple drug intoxication” involving lethal levels of cocaine and morphine. No evidence of foul play was found and the death was ruled accidental.

The exterior of The Viper Room the day after the death of actor River Phoenix. Fans have left flowers, candles and notes at the spot where he collapsed on November 1, 1993, in Los Angeles, California. (Photo by Michael Ochs Archives/Getty Images)

“I just couldn’t stop making music,” she told the outlet. “My collaborator, Kirk Hellie, and I just kept writing. I feel like it’s all been River energy, the whole process. It became so important to me that I recognize and say his name. So I called it ‘River’ and after that, it was even more easy.”

While songwriting proved to be a cathartic experience, Rain admitted it wasn’t easy relieving her painful past.

“There was a lot that I just stored away,” she explained. “I think, when we lose people, regardless of the way we lose people, it is traumatic to the human psyche in the sense that one day, this person that you love is there, and the next they’re not. I was also 20 [when River died] and my brain wasn’t fully formed and how I could process and move forward and continue to be OK, was to also stow that away. So I didn’t really look at much footage or watch his movies even. And then time just kept going on.”

River Phoenix, star of "Stand By Me," playfully poses during a 1988 Los Angeles portrait session. Phoenix, a rising young film star, tragically died in 1993 outside a Sunset Strip nightclub of a drug overdose. (Getty)

“When I did have the feeling that it was time, it absolutely became a joyful experience,” Rain continued. “Then it was like the floodgates opened and I realized that sometimes when we push back or lock away the things that are too much for a young mind to handle, there’s less discernment in regard to the positive parts too. They get stowed away, along with those things that are overwhelmingly sad. Now I realize looking back that makes sense.

“So it was a really beautiful awakening moment for me with River’s energy to experience it again and the whole process of making this record and connecting to that greater understanding of the universality of loss. While this record is called ‘River,’ my aspiration is to have it be something for all of us, for everyone who has lost loved ones.”

Phoenix shared that not all of her memories involving River were difficult to revisit. Some, she said, still make her smile.

In his lifetime, River received critical praise for his acting and studio executives believed he was a star on the rise. According to The New York Times, he was finishing work on a film titled “Dark Blood” and was scheduled to appear in “Interview with a Vampire,” based on Anne Rice’s bestseller. That movie would go on to star Brad Pitt and Tom Cruise.

Phoenix revealed that despite his growing fame, River remained devoted to his family.

“[He was] very protective,” she said. “And creative. I think he probably taught all of us a few chords on guitar and hoped that we would follow his lead and maybe be able to play lead, so he didn’t have to. He was such a great older brother.”

“Finding peace with any major loss in my life has been gradual experience and it takes time,” she explained. “Grief is a wild animal that has no concept of time. It might be 10 years, three years, one week that you think things are fine or different or you’ve made peace, and then they’re not. There’s no exact timeline. But I will say that, through the process of making this record, I have experience some of the greatest peace.”

Today, Phoenix hopes that fans of her brother will continue to keep his legacy alive in more ways than just revisiting his films.

“… He felt so strongly about speaking up, using his voice to activate his activism and using his fame to share things,” she said. “He was really disturbed by the environmental devastation of his time, clearcutting the rainforests for cattle and factory farming. He visited Brazil and met with tribes; he and a friend bought up land and created a rainforest preserve in Costa Rica.

“I hope he’s remembered for championing the preservation of our life support system, which is inclusive of human rights, animal rights, women’s rights, racial justice and environmentalism,” she continued. “I hope people continue to equate that with who he was as an artist. All those issues were really, really important to him because he believed they were all connected."

“River was not about telling people how to live their lives, he was about doing his part, and encouraging others through his example, through his art," Rain continued. "It’s just who he was as a person, his generosity, his spirit, his compassion. I really want to thank the fans for keeping all those things very much illuminated as part of his legacy.”