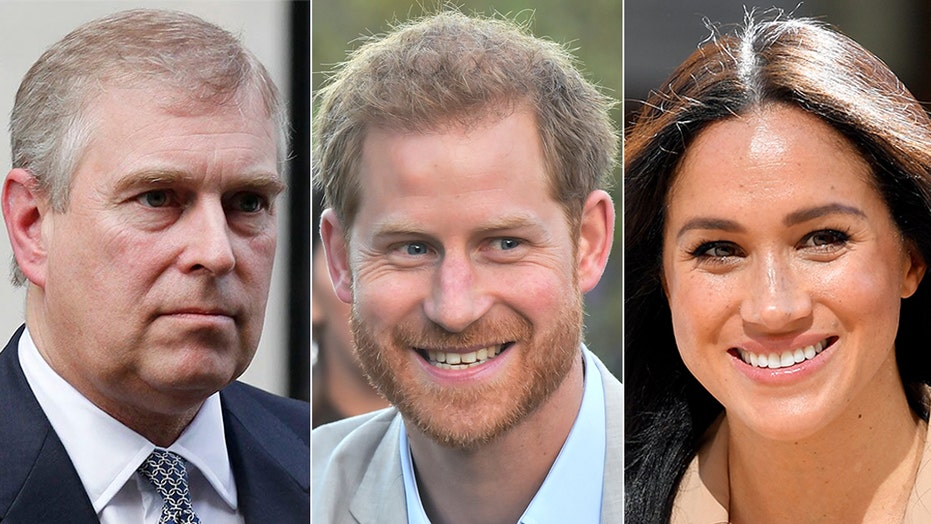 Prince Andrew's announcement that he was stepping back from royal duties following his disastrous interview about his friendship with convicted sex offender Jeffrey Epstein is working in Prince Harry and Meghan Markle's favor, according to Prince Charles' biographer, Robert Jobson.

He believes Prince Andrew's "early retirement" paves a "new path" for the Duke and Duchess of Sussex.

"I think with a member of the royal family being effectively retired early, should Harry and Meghan not wish [to] be part of [the] whole circus... there’s almost a path for them now," he recently said on the Heirpod podcast.

"If they said to Charles when he’s king, 'Look we don’t really see ourselves in this type of role, we wanted a different type of role,' I think he’d be flexible to that," he continued. "There’s no pressure for them now... In terms of defining who they are and what they want to be -- if they want to spend half their time in America or somewhere else, I don't see that as an issue."

The family's dynamic will obviously shift when Prince Charles ascends to the throne, and Jobson thinks he'll focus more on Prince William's family.

"I think Prince Charles would be flexible because the core focus would be on William and his family, and Meghan and Harry are further down the totem pole," he said.

Currently, Prince Harry and Markle are currently on their own break from the spotlight with their 7-month-old son Archie Harrison.

"The Duke and Duchess of Sussex are looking forward to extended family time toward the end of this month," Buckingham Palace said in a statement in mid-November. "Having spent the last two Christmases at Sandringham, their royal highnesses will spend the holiday this year, as a new family, with the Duchess’ mother Doria Ragland. This decision is in line with precedent set previously by other members of the Royal Family, and has the support of Her Majesty the Queen."

The family is currently in Canada, and it's rumored they will be spending Christmas with Ragland in the United States.

Their announcement was only a few days before Prince Andrew said he was going to "step back" from royal life.

"It has become clear to me over the last few days that the circumstances relating to my former association with Jeffrey Epstein have become a major disruption to my family’s work and the valuable work going on in the many organizations and charities that I am proud to support,” said a statement posted to the royal family’s Twitter account.

The statement concluded: "I continued to unequivocally regret my ill-judged association with Jeffrey Epstein. His suicide has left many unanswered questions, particularly for his victims, and I deeply sympathize with everyone who has been affected and wants some form of closure. I can only hope that, in time, they will be able to rebuild their lives. Of course, I am willing to help any appropriate law enforcement agency with their investigations, if required."