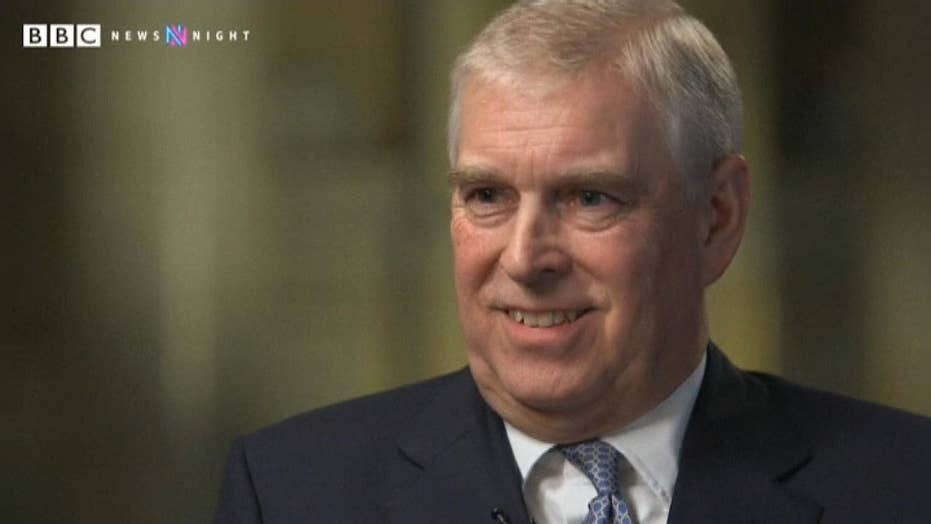 The Duke of York admits to staying with Epstein after his conviction.

Prince Andrew is dealing with harsh backlash from critics and media personalities over an interview about his relationship with now-deceased sex offender Jeffrey Epstein and the numerous sexual assault allegations against the British royal.

Andrew, 59, was interviewed by BBC Newsnight's Emily Maitlis on Thursday at Buckingham Palace for a tell-all about his involvement with Epstein, which many unanimously agree was a total public relations disaster for the Duke of York.

"I expected a train wreck,’’ said Charlie Proctor, editor of the Royal Central website, which covers the British monarchy. “That was a plane crashing into an oil tanker, causing a tsunami, triggering a nuclear explosion-level bad.”

Prince Andrew, Duke of York leaves the headquarters of Crossrail at Canary Wharf on March 7, 2011 in London, England. Prince Andrew is under increasing pressure after a series of damaging revelations about him surfaced, including criticism over his friendship with convicted sex offender Jeffrey Epstein, an American financier.  (Dan Kitwood/Getty Images)

One Twitter user captured the reaction of many by posting a video of a man pouring gasoline on a fire under the headline, “#Prince Andrew.”

But it was his failure to show compassion for Epstein’s victims that earned Andrew the most scorn.

Lawyer Gloria Allred, who is defending many of Epstein's victims, called for Prince Andrew to be interviewed by the FBI to help with the investigation into the late financier's sex crimes during an appearance on Good Morning Britain.

Elsewhere in the interview, Prince Andrew admitted that he did not regret his friendship with Epstein because of the people he met and all the things he learned, another statement for which he was chastised by the media.

“Deeply disappointing. Prince Andrew says he does not regret the friendship with Jeffrey Epstein because of the people he met. As a member of the royal family, does he not have the opportunity to meet virtually anyone in the world?” tweeted Attorney Lisa Bloom.

Andrew’s decision to grant an interview that went into forensic detail about his well-documented ties to a sex offender was a high-stakes gamble in a country where royals traditionally don’t submit to such questioning. When royals speak at all, they usually offer carefully considered comments about charitable works.

But if Andrew thought the gamble would draw a line under the affair, he is mistaken, said Kate Williams, a specialist in royal history at Reading University. Williams said that no amount of charity work is going to address the harm done in the interview.

“The Royal Household today will be in damage-control mode, trying to work out how to minimize the damage that has come from this,’’ she said. “He has to go. Simply, last night was really a burning of the bridges, I think, for Prince Andrew.”

Prince Andrew is Queen Elizabeth II’s second son and is eighth in line to the throne.