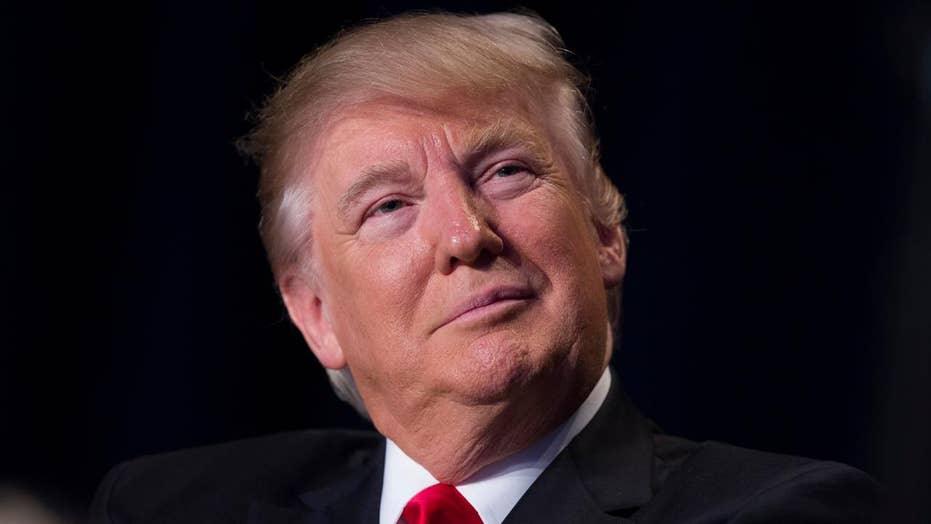 Trump kept alive a theme he brought up a day earlier during his first appearance at the National Prayer Breakfast.

Trump, who once hosted the NBC reality TV show, took a pot shot there at Schwarzenegger, the current host and former California governor, over a ratings nosedive for the show.

On Friday, Trump said in his tweet, "Yes, Arnold Schwarzenegger did a really bad job as Governor of California and even worse on the Apprentice ... but at least he tried hard!"

Schwarzenegger responded quickly to Thursday's remarks in a video on his verified Twitter account, suggesting that he and Trump switch jobs.

While the "Terminator" star has yet to respond to Trump's latest jab, his daughter Katherine Schwarzenegger defended her dad in a new interview on Amazon's "Style Code Live."

"My dad is definitely a tough boss, tougher than President Trump, in a good way. I think President Trump has other issues," the 27-year-old said. "I think it’s an interesting time we’re in right now in this country and it’s important for all of us to stick together. We obviously all want the best for him but he’s made it challenging to root for him right now.