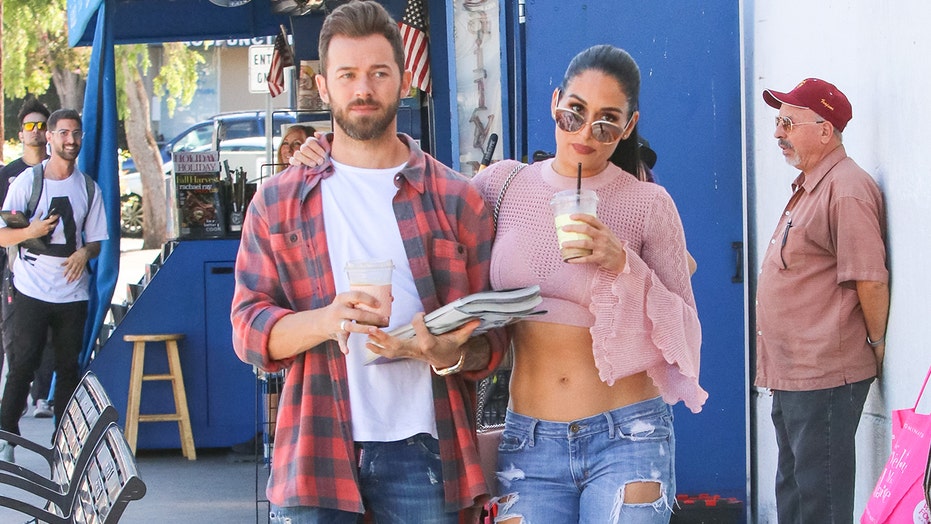 The couple confessed on Friday that they got engaged two months ago while on vacation in France.

The "Total Bellas" star, 36, shared two photos on Instagram that showed off the moment he popped the question and her large diamond ring.

“Excited for 2020 and the next decade with you @theartemc ❤️ I said yes in France in November! We have been trying to keep it a secret but really wanted to share our excitement for the New Year!” she said.

The former "Dancing with the Stars" pro, 37, shared the same romantic pics, writing: “You are the best thing that has ever happened to me. So excited for what’s to come I love you more then [sic] anything and thank you for saying Yes."

Bella and Chigvintsev met in 2017 when they were partners on the ABC dancing competition show and became official in July 2019.

Back in October, Bella gushed about her new beau.

“Artem is always there to support me and make me feel like I’m literally the only girl in the world," she said to reporters at the 2nd Annual Girl Up #GirlHero Awards.

Bella was previously engaged to fellow WWE star John Cena, while Chigvintsev was married to his former dancing partner, Giselle Peacock, from 2004 to 2005.