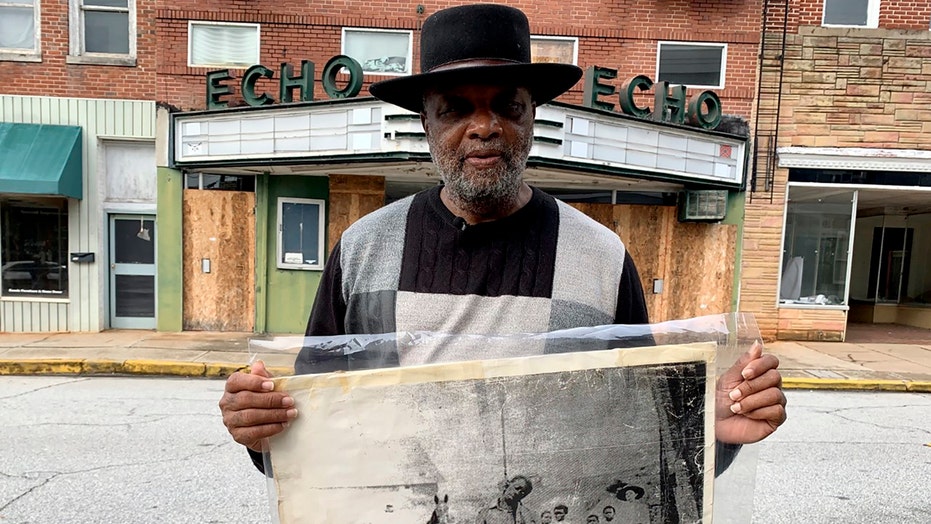 A former member of the Ku Klux Klan who was once instructed to kill an African-American pastor was transformed by their unlikely friendship.

The two met in 1996, when Burden opened a Klan Museum in their small town and the Baptist reverend tried to intervene, fearing an increase of racial tensions. Over time, the worst enemies became the best of friends. Today, the building where the museum and The Redneck Shop operated is owned today by Kennedy — and he plans to transform it into a shrine of reconciliation.

“Racism and hatred, they are both destructive and they have no future,” Rev. Kennedy, whose great-great-uncle was lynched in the community, said. “But love, forgiveness and mercy will always have a future because they are constructive.”

In this Monday, Jan. 13, 2020 photo, Rev. David Kennedy stands outside the Echo Theater holding a photo of his great uncle's lynching, in Laurens, S.C. Kennedy has fought for civil rights in South Carolina for decades. (AP Photo/Sarah Blake Morgan)

Burden's girlfriend had been encouraging him to leave the KKK for years, which he finally did in 1997. Kennedy, who at one point even sheltered Burden, eventually baptized him.

After some time, the former Klansman gave ownership of the old theater to the reverend for $1,000, with one caveat: John Howard, who ran The Redneck Shop, would be allowed to stay as long as he lived.

Howard, however, had abandoned the store years ago, ignoring maintenance and upkeep. When he died in 2017, Kennedy was given complete control but was burdened with the cost of repairs, estimated to be half a million dollars. That's where Hollywood comes in.

The minister of New Beginning Missionary Baptist Church, which meets in a converted gun store outside of Laurens, is now getting help from The Echo Project and 101 Studios, the production company behind the movie.

Director Andrew Heckler, who first entered The Redneck Shop in the late 90s after reading an article about Kennedy's fight, finished the screenplay in 2001 and has been awaiting the day audiences could see the inspiring true story on the big screen, which premiered at the 2018 Sundance Film Festival and won the U.S. Dramatic Audience Award. Kennedy is played by Forest Whitaker and Burden by Garret Hedlund.

“There is a pathway for fighting hate," Heckler said. "It’s not easy. It’s love, faith and not giving up.”

Burden and Kennedy are still friends to this day, though they are farther from one another, as Burden drives a truck across the country.

“When I changed my lifestyle I buried that guy,” Burden said of his racist past. “I’m willing to go through this again. Am I happy about it? Some days yes, some days no.”