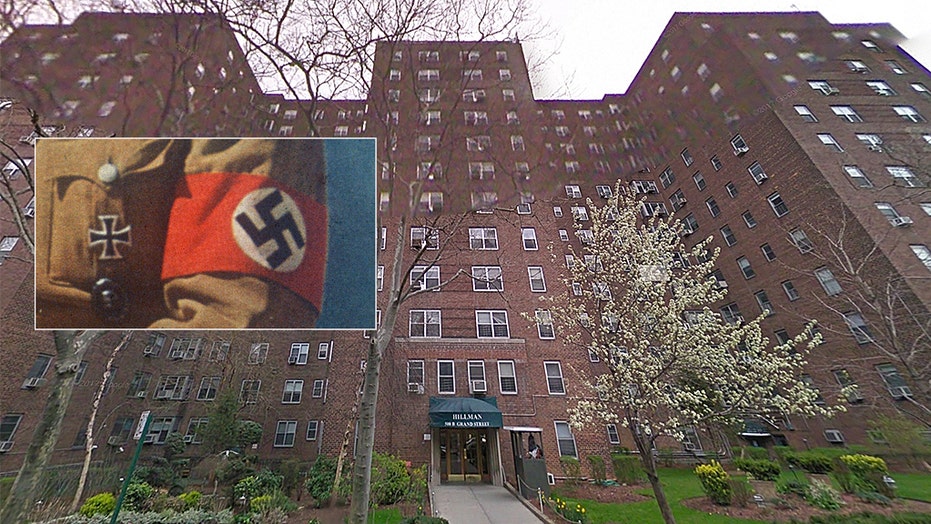 Hours before New York City Mayor Bill de Blasio declared "we need to stamp [anti-Semitism] out, once and for all," authorities in the city were investigating another possible anti-Semitic hate crime.

Brandi Goldstein, who said her family members died in the Holocaust, found swastikas and profanity-laced, anti-Semitic graffiti Monday inside her Lower East Side apartment building, located across the street from a synagogue.

"I am horrified, I’m scared not only for me having it right outside my door but for the children that live here," Goldstein told NBC 4. "This should not be swept under any floor or any rugs. Everybody needs to see this.”

She told the local news the majority of residents in her building are Jewish and she questions the timing -- it was discovered on Holocaust Remembrance Day, marking the 75th anniversary of the liberation of Auschwitz concentration camp during World War II.

The NYPD tweeted Monday night "that anti-Semitic acts would not be tolerated in our community. This incident will be thoroughly investigated." As of Tuesday morning, police told Fox News there have been no arrests nor is there a person of interest.

Attorney General Bill Barr is set to address the spike in anti-Semitic incidents across the New York City region during a visit to Brooklyn on Tuesday.

In December, a deranged man is accused of stabbing five Hasidic Jews with a machete at a rabbi's home in Monsey and, earlier in the month, a shooting at a kosher supermarket in Jersey City left three dead.