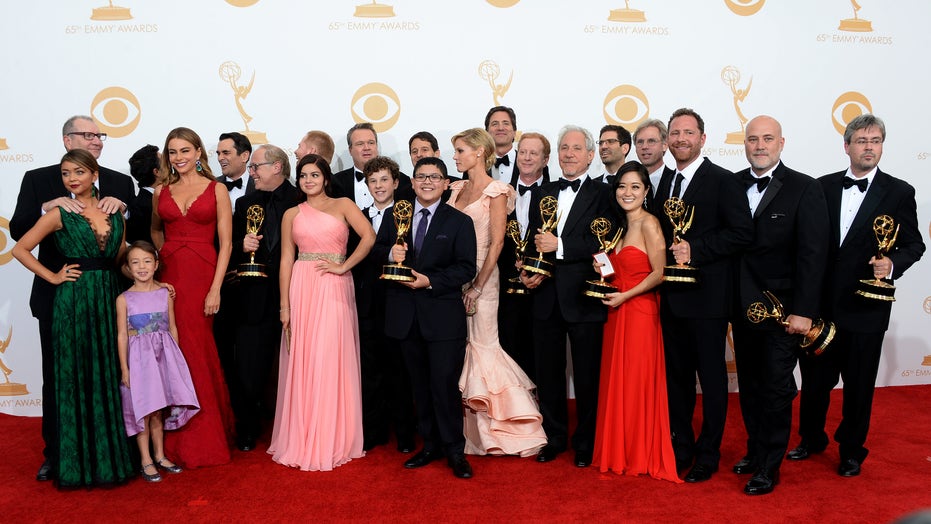 The cast of "Modern Family" is saying their goodbyes to the show and their castmates after 11 seasons together.

As the acclaimed sitcom draws to a close on Wednesday night, the show's cast shared fond farewells on social media.

Sarah Hyland shared several photos on Instagram, some from the show's earlier days and some more recent.

"Don’t cry because it’s over. Smile because it happened," Hyland wrote. "To put it in Bachelor terms, I’ve had an incredible journey with this show. Our cast and crew were always phenomenal and we very quickly grew to be a real life #modernfamily I will miss these people tremendously but am so grateful I was lucky enough to work with them.

Hyland, 29, also advised viewers to "get your tissues ready."

'MODERN FAMILY' STAR ARIEL WINTER ON GROWING UP IN FRONT OF THE WORLD: 'IT WAS ROUGH'

Ariel Winter also took to Instagram, sharing several photos and video clips of her time on set --  including a video of the cast and crew singing "Good Riddance (Time of Your Life)" by Green Day.

"It’s been an amazing journey with my #ModernFamily ❤️ It’s hard to type this because it still doesn’t feel real..." Winter, 22, wrote in the caption. "We are all so grateful for the love we’ve received over the course of this 11 year journey. To know our fans love our family just as much as we do is the most amazing gift. Also...WE HAVE/HAD🥺THE BEST CREW IN THE WORLD."

Sofia Vergara joined in on the fun, sharing several gleeful images of herself and her co-stars.

"My family on and off screen forever," the caption read. "What an amazing 11 years! So thankful for this family, the crew and all of our #modernfamily fans..."

Eric Stonestreet shared a throwback photo from just before he joined the cast of "Modern Family."

"I’ve posted this picture before, but it’s important to me and it’s an important moment in my life. I took it right before I walked out the door to go to my final test for Modern Family 11 years ago," he wrote in the caption before offering thanks to the show's team and several others.

"But mostly, I want to say thanks to my parents. They allowed me to be me as a kid and always encouraged me to dream big and to follow my dreams. They never thought I was a ‘weird’ kid..." he continued. "I hope you all enjoy the finale and have a good laugh and a good cry watching it, because we all sure did making it.

Jesse Tyler Ferguson posted several photos on Instagram, including one from his first day of filming.

After referencing a previous post that pictured his trailer, Ferguson wrote: "My first day as Mitch."

He then posted a photo from his final day of filming.

"...taking a moment before filming my last scene in the Tucker-Pritchett house," the caption read.

"11 years. 1 happy family," Nolan Gould wrote in an Instagram post filled with photos of his on-screen family. "Take one final ride with the Dunphys, Pritchetts, Delgados, and Tuckers."

Julie Bowen also shared an emotional message alongside a trailer for the finale.

"I’m crying too hard to see the keyboard," Bowen wrote in the caption. "From beginning to end, thanks for being a part of our #ModernFamily."