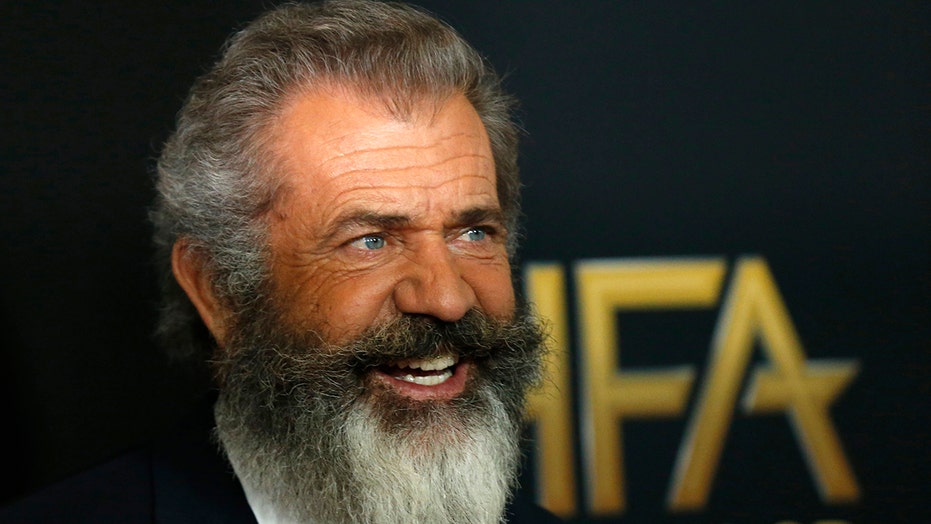 Mel Gibson making sequel to 'The Passion of the Christ'

Fox411: A sequel to Mel Gibson's 2004 film 'The Passion of the Christ' is reportedly in the works and according to star Jim Caviezel, will be the biggest movie ever created.

Mel Gibson is enduring the Southern California heat in his own way.

On Monday, the 63-year-old actor made a quick run to his neighborhood's Whole Foods supermarket in Malibu in the most relaxed way possible — donning a simple black cap pulled low over his face, leaving his signature white beard exposed, a black collared shirt and blue shorts.

Missing from Gibson’s ensemble were his shoes, as he meandered through the parking lot of the grocery store blackening the soles of his feet  while cradling a brown paper bag of his selections.

JERRY O'CONNELL IS 'SHOCKED' REBECCA ROMIJN IS STILL MARRIED TO HIM

Filmmaker and actor Mel Gibson said no to his shoes as the star hit up Whole Foods to stock up on groceries in barefoot fashion on Monday, Nov. 19, 2019 in malibu, Calif. (Backgrid)

The "Braveheart" star also appeared heftier than what fans would normally recognize him to be, though the extra girth is likely the result of Gibson packing on pounds for his role of Santa Clause in the upcoming film “Fatman.”

Gibson is attached as Kris Kringle in the film to be directed by Ian and Eshom Nelms and is executive produced by David Gordon Green and Danny McBride.

Mel Gibson will star as Santa Claus in the upcoming comedy "Fatman." (AP)

The filmmakers call it a "rowdy Santa tale" about an unorthodox Santa Claus who is targeted by a hitman hired by a 12-year-old after he receives coal in his stocking.

Production on “Fatman” is slated to begin in Canada in early 2020.

Gibson most recently starred in "Daddy's Home 2" and "Dragged Across Concrete."