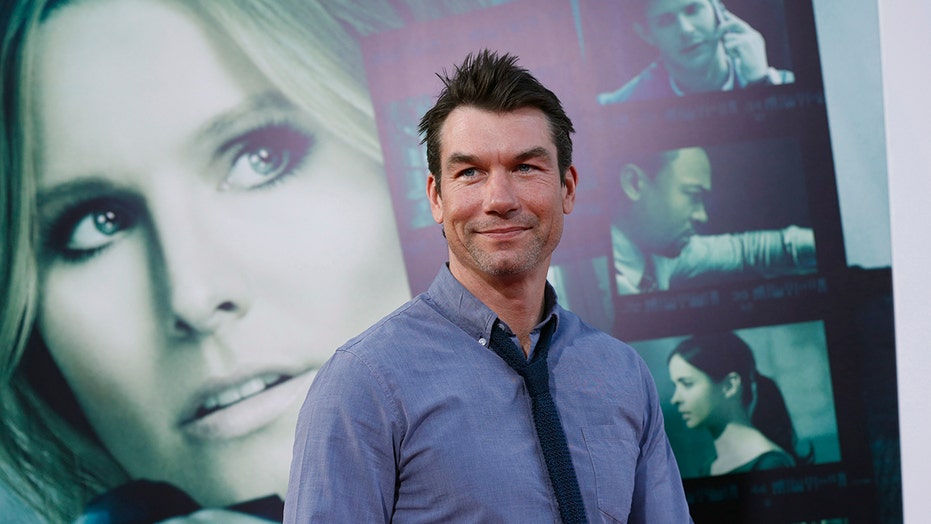 Jerry O’Connell is still in awe over wife Rebecca Romijn.

Speaking with Page Six at the Humane Society of the U.S. gala, the “Kangaroo Jack” star spoke about his wife and revealed he’s “shocked” that she's still married to him.

“I’m shocked every day that I have Rebecca as my wife. It’s why Rebecca wins every fight,” O’Connell, 45, said. “When I do get an aggressive emotion or feeling and I think that I can win… I think to myself, ‘Y’know Rebecca shouldn’t be with me. Rebecca should be with someone way up higher in the chain.’ So just take it… I take the loss.”

In a 2017 interview with Fox News, O’Connell opened up about being a father to twin girls and revealed his biggest worry.

“Obviously the regular stuff, being the father of girls. I don’t want them talking to boys,” he said. “When I’m dead they can date everyone. But right now I don’t want them dating anyone. And to get real for a moment, they play online games on these little tablets and I’m always worried. I always tell them, ‘Make sure you don’t talk to anybody on there.’ That’s a big thing for me.”

O’Connell also addressed the perception of his marriage and noted that even their friends think they’re “weird.”

“I’m as shocked as you. And all of our Hollywood friends now just think we’re weird. Like, ‘Why are you guys still together? That’s not how it works.’ We’re like ostracized because we’ve been apparently together for too long,” the “Scream 2” star stated.

Romijn, 47, was previously married to “Full House” star John Stamos. The two met at a Victoria’s Secret fashion show where Romijn worked during her modeling days.

Romijn and Stamos wed in 1998 before Stamos filed for divorce in 2004. Their divorce was finalized in 2005.