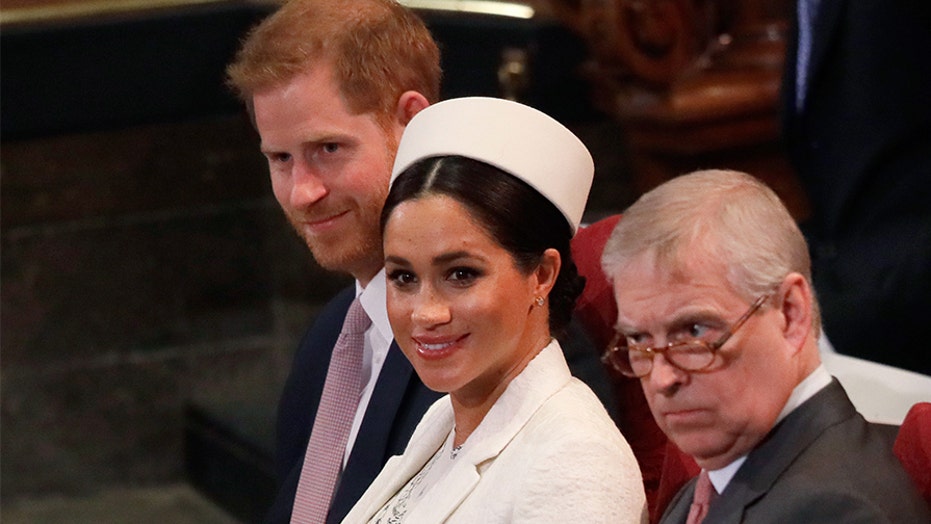 Prince Andrew will be turning the big 6-0 on Feb. 19 but there are two royal guests who will be noticeably absent from the royal family get-together.

Andrew is Harry’s uncle as well as Queen Elizabeth II’s third child and second son. The Duke of York is eighth in the line of succession to the British throne. In November 2019, Andrew announced he asked his mother, 93, if he can “step back” from his public duties following a disastrous interview with the BBC about his relationship with the financier and convicted pedophile Jeffrey Epstein.

“A mole [told] me, ‘It’s an open secret they declined the invite but it’s not very nice for the queen as, whatever people say and think, he is [still] her son and she wanted her close family around her,’” Sean alleged. “’The reason given is that they already have commitments on the day but also plan to send a gift/card and a video message to be played at the party.”

According to Sean, the reigning monarch originally had plans for a party in honor of her son’s birthday, which would also celebrate his charities. However, a palace source told him that Elizabeth “is [now] understood to be holding only a small family dinner.”

And while Andrew is laying low following the ongoing scandal and nuclear interview, Sean said he will make an appearance for his daughter Princess Beatrice’s wedding in May.

The royal family announced on its official social media accounts that Princess Beatrice of York will tie the knot to Edoardo Mapelli Mozzi on May 29, 2020.

"The wedding of HRH Princess Beatrice of York and Mr. Edoardo Mapelli Mozzi will take place on Friday 29 May 2020. The couple became engaged in Italy in September 2019," the statement reads.

"Her Majesty The Queen has kindly given permission for the ceremony to take place at The Chapel Royal, St James’s Palace. The ceremony will be followed by a private reception, given by The Queen, in the gardens of Buckingham Palace."

A source told People magazine that Beatrice and Mozzi's wedding will be a "low-key" celebration amid reports that the ceremony will not be televised due to Andrew's connection to Epstein.

Sean said it’s uncertain whether The Duke and Duchess of Sussex will travel across the pond for Beatrice’s big day.

“Fans will have to wait and see if Meghan and Harry attend this event,” he said. “A mole [told] me, ‘Beatrice really got on well with Meghan and is sad she left, but so far they have been unable to keep that friendship going.’ Others though [say] that Meghan values her own PR and believes any association right now with the brand of York may not be that great for the couple earning power outside the royal family.”

Andrew didn’t attend Beatrice’s engagement party in London, which was held in December 2019, People magazine previously reported. It is believed he skipped the festivities, hosted by Mozzi’s mother at Chiltern Firehouse, due to the ongoing controversy surrounding his connection to Epstein.

However, the outlet shared Andrew has remained incredibly close to his family, including his ex-wife. In addition, he has continued to spend time with his mother. They were seen together exchanging smiles during a church outing on Jan. 19 and then spotted horseback riding around the Windsor Castle estate.

Andrew is accused of having sex with at least one of the women Epstein allegedly trafficked.

A royal insider told the Post in an e-mail: “This issue is being dealt with by The Duke of York’s legal team. Buckingham Palace will not be commenting further on this particular matter.”

Epstein, 66, was found unresponsive in his cell at the Metropolitan Correctional Center in New York City in August. Despite the fact the financier died behind bars awaiting trial for sex trafficking, the top prosecutor said the feds’ investigation into his sex abuse network will continue because “Jeffrey Epstein couldn’t have done what he did without the assistance of others.”