Meghan Markle and Prince Harry are under fire from insiders who allege that the Duke and Duchess of Sussex are a PR nightmare for the royal family.

Royal experts griped about everything from the Sussexes' private jet use to Duchess Meghan allegedly courting the press to "break the Internet" with her guest-edited edition of Vogue U.K.'s September issue.

“[The couple’s recent behavior is] a public relations disaster for Buckingham Palace, who are having a hard time reining them in,” Lady Colin Campbell, author of several books about the royals, told Page Six. “Meghan is clearly calling the shots, but she’s a minor operator who is playing in the big leagues and mucking it up in the most catastrophic fashion.”

The top reason for royal criticism is reportedly Prince Harry, 34, and Duchess Meghan, 38, flying in private jets while preaching about the importance of preventing and minimizing climate change.

"I spend 99 percent of my life traveling the world by commercial [flights]. Occasionally there needs to be an opportunity based on a unique circumstance to ensure that my family [is] safe," he explained last week.

“We can all do better and while no one is perfect, we all have a responsibility for our own individual impact,” he added. “The question is what we do to balance it out.”

Meghan Markle and Prince Harry came under fire in summer 2019 for various perceived offenses in the press. Royal insiders griped about the Duke and Duchess of Sussex's alleged hypocrisy for preaching about environmentalism while flying on private jets, as well as Duchess Meghan allegedly courting the press. (Getty)

Prince Harry and Duchess Meghan came under fire this summer when they took a private jet to go on vacation to Ibiza, then to Nice, France, despite the flight's carbon impact on the planet.

On Aug. 14, they flew from Farnborough to Nice, France, to visit pal Elton John, then back to Farnborough on Aug. 17.

The couple is believed to have taken a Gulfstream 200, which seats 19 people, to Ibiza from Farnborough, and a Cessna 500 XL, which seats nine, on their return trip.

Their trip to Nice was to spend time at Elton John's home.

John later said in a statement that he provided the flight for the Sussexes to preserve their safety and privacy. 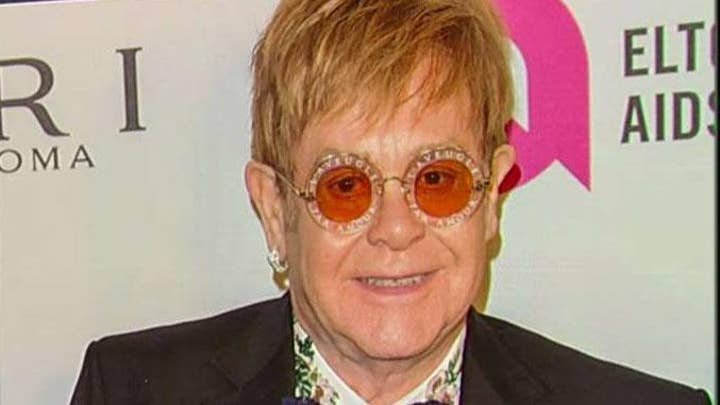 “I am deeply distressed by today’s distorted and malicious account in the press surrounding the Duke and Duchess of Sussex’s private stay at my home in Nice last week,” he tweeted. “Prince Harry’s Mother, Diana Princess Of Wales, was one of my dearest friends. I feel a profound sense of obligation to protect Harry and his family from the unnecessary press intrusion that contributed to Diana’s untimely death.”

"After a hectic year continuing their hard work and dedication to charity, David and I wanted the young family to have a private holiday inside the safety and tranquility of our home," he continued. "To maintain a high level of much-needed protection, we provided them with a private jet flight. To support Prince Harry’s commitment to the environment, we ensured their flight was carbon neutral, by making the appropriate contribution to Carbon Footprint™. I highly respect and applaud both Harry and Meghan’s commitment to charity and I’m calling on the press to cease these relentless and untrue assassinations on their character that are spuriously crafted on an almost daily basis."

The trip to France reportedly had a carbon footprint of 3 tons, while the annual carbon footprint for the average British citizen is 13 tons. The Ibiza trip reportedly emitted six times more carbon dioxide than a commercial flight from London to the Spanish island.

Prince Harry, Duke of Sussex and Meghan Markle, Duchess of Sussex attend "The Lion King" European Premiere at Leicester Square on July 14, 2019 in London. The couple's penchant for private flights has come under fire for its contrast to their environmental consciousness. (Getty)

Prince Harry gave a speech barefoot earlier this month at Google's secret celebrity summit, saying he and Duchess Meghan would have, at maximum, two children (including infant son Archie) to prevent environmental harm from climate change — which also rubbed royal watchers the wrong way, with some accusing the couple of shading Kate Middleton and Prince William, who welcomed their third child, Prince Louis, last year.

“When royal eco-lecturers preach one thing in public and then do the opposite in private, they shouldn’t be surprised if they are dismissed as eco-hypocrites,” a source who's worked with the royals told Page Six. Duncan Larcombe, former royal editor of The Sun, snapped, “I was stunned by Harry’s stupid comments about only having two kids when his brother has three. And this wasn’t a throwaway line — this was in a copy-approved interview. It’s madness.”

“Their message should be, ‘Look how fortunate we are to embody the hopes and aspirations of the nation,’ ” Campbell complained. “Instead, they are acting like the emperor and empress of America, saying they are far too grand to travel commercial.”

Duchess Meghan hopped on a commercial flight across the pond to support her close friend Serena Williams at the U.S. Open this weekend.

Meanwhile, royal critics have simultaneously slammed Duchess Meghan for allegedly trying to maximize her own publicity, as well as for keeping their son Archie shielded in privacy. 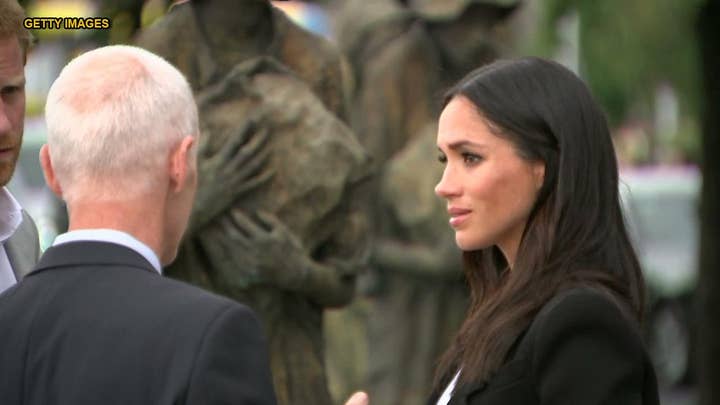 “[Meghan and Harry] won’t allow Archie to be photographed when they land [in South Africa], and the press are starting to gripe,” Larcombe told Page Six. “If there was pressure before on the upcoming tour, it’s intensified now. There’s so much riding on it.”

The couple's hiring of publicity firm Sunshine Sachs also drew ire, though the firm was hired to promote Prince Harry's sustainable travel initiative — and he paid the company's fees out of his own pocket, not from taxpayer funds.

A spokesman for Sunshine Sachs told Page Six that they aren't personally advising the royals, and denied that the Duchess said she wants to “break the internet.”

Still that didn't help all their critics. Campbell griped, “Why do you need a defamation expert on a charity’s board? The whole thing is farcical and impertinent. Their crisis management is best handled by someone who understands the royal system, and not by Americans.”

“It’s about service, not about telling people how wonderful you are,” she said. “I have yet to speak to a member of the British working class or middle class who is in favor of Meghan’s conduct.”