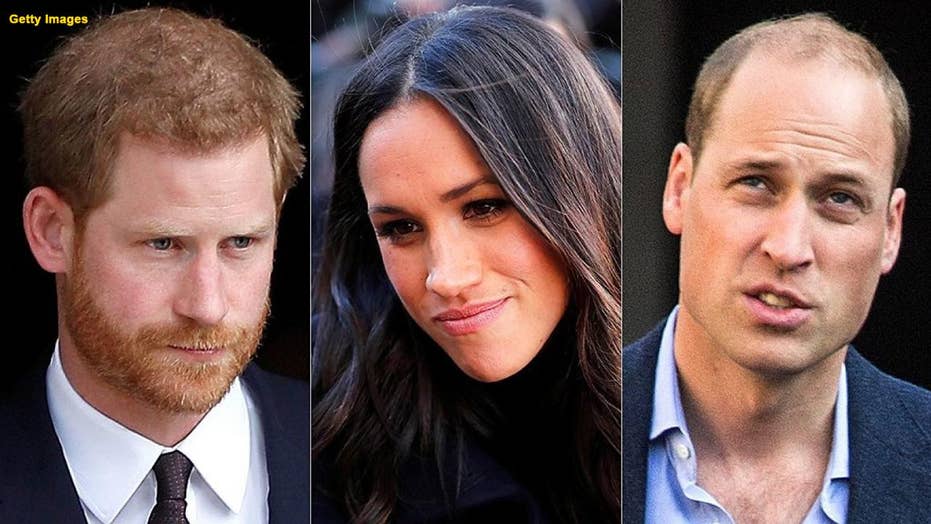 One royal expert suggests Prince William is worried that Prince Harry and his wife Meghan Markle have “snubbed protocol” in a way that has negatively impacted the British royal family.

“I would think it might bother William a little bit, because he might see the way that Harry and Meghan do things as being detrimental to the business of the monarchy as a whole,” Ingrid Seward revealed in the British documentary titled “William & Harry: Princes At War?” as reported by UK’s Daily Mail on Monday.

The editor in chief of Majesty magazine has been covering the royal family since the ‘80s and has written over 20 books on the subject.

Prince Harry, Duke of Sussex and Meghan, Duchess of Sussex ride by carriage down the Mall during Trooping The Colour, the Queen's annual birthday parade, on June 8, 2019 in London. (Getty)

According to the outlet, Markle, 37, and Harry, 34, have faced backlash over the summer due to their privacy demands, including holding a top-secret christening for their son, Archie Harrison Mountbatten-Windsor, as well as refusing to tell the public who his godparents are.

The former American actress, who gave birth to her firstborn in May of this year, has been heavily scrutinized for attending the Wimbledon tennis tournament, where her security apparently banned fans from snapping photos. In addition, critics have pointed out the Duchess of Sussex seems to “consider herself more of an A-lister than a member of the royal family” after she selected a handful of celebrity friends for the cover of Vogue U.K.'s September issue, which she guest-edited.

Speaking out on the couple reportedly “snubbing protocol,” the 71-year-old noted, “It wasn’t done in a very royal way, or the way we’d come to expect. But then Harry’s excuse was, ‘Well, I’m a private person.’ But you cannot be royal and be sixth in line to the throne and be a private person.”

Britain's Prince William and Kate, Duchess of Cambridge, stand next to trophies during the first day of the annual Royal Ascot horse race in Ascot, England, on June 18, 2019. (AP Photo/Alastair Grant)

In the same documentary, Seward claimed that an alleged feud between William, 37, and Harry was spawned when the Duke of Cambridge and his wife Kate Middleton were shocked at the speed with which Harry moved in his relationship with the former “Suits” star.

Markle and Harry reportedly met on a blind date in July 2016 and announced their engagement in November 2017. They tied the knot on May 2018 and welcomed a son in May 2019.

“It was all so quick that William and Kate didn’t have a moment to get to know Meghan because Harry hardly knew Meghan,” Seward alleged in the documentary, via The Sun.

“And of course William and Kate would have quite naturally thought, ‘Oh, she’s been married before, she’s older than Harry, I hope she’s going to make him happy.’ Anyone would think that.”

Prince Harry and older brother Prince William, who is second in line to the British throne, have reportedly been feuding since Harry met Meghan Markle. (Getty)

Markle was previously married to television and film producer Trevor Engelson from 2011 to 2013. They were together as a couple for a total of eight years.

Emily Andrews, a royal reporter for The Sun, alleged that Harry lashed out at William over him allegedly not being supportive of Markle early in the relationship.

"I was told by a number of sources that he went ballistic," Andrews said. "He said, 'You're trying to wreck this relationship before it's even started.'"

Royal expert Katie Nicholl concurred, "That was the moment I was told by sources close to the brothers that the dynamics changed. There was a shift and it was largely down to Harry resenting his brother. Harry supported William from the outset of his relationship with Kate, and he felt let down that he wasn't getting his brother's full 100 percent support with his relationship with Meghan."

William and Middleton dated for nearly seven years before getting engaged and tying the knot.

Middleton reportedly accompanied Markle to Wimbledon in 2018 as a "peace offering" and even brought flowers to the Sussexes home the following day. The duchesses have reportedly since bonded over motherhood. 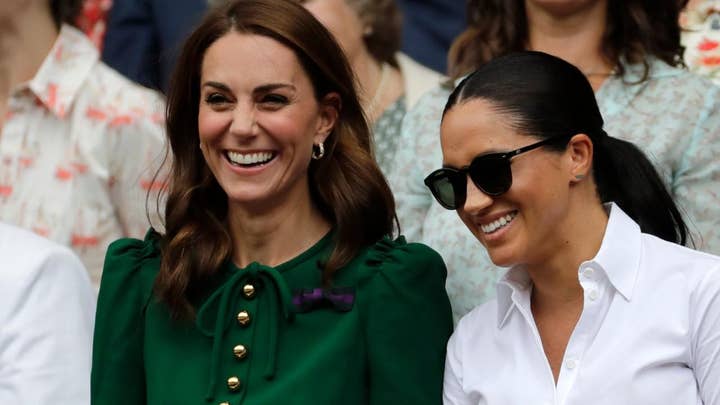 While reports have suggested that the brothers have gotten along better since the birth of Harry and Markle’s son Archie, rumors flew that tensions may still exist when it was reported that the Cambridges and Sussexes would stay in separate houses during the royal family's annual outing to Queen Elizabeth II's Balmoral Estate.

However, some insiders say it was simply a measure taken to save space and keep everyone comfortable in what can often be a crowded vacation home.

Nick Bullen previously told Fox News that the alleged feud between the brothers has been blown out of proportion by the press. The executive producer has been making programs about the British royal family for nearly 20 years and has worked closely with Harry and William’s father, Prince Charles, for eight.

Meghan, Duchess of Sussex, Prince Harry, Duke of Sussex, Prince William, Duke of Cambridge and Catherine, Duchess of Cambridge watch a flypast to mark the centenary of the Royal Air Force from the balcony of Buckingham Palace on July 10, 2018, in London. The 100th birthday of the RAF, which was founded on April 1, 1918, was marked with a centenary parade with the presentation of a new Queen's Colour and flypast of 100 aircraft over Buckingham Palace. (Getty)

“In families, people fall out with each other all the time,” said Bullen. “The royal family is no different. I think everybody hopes [Archie] will be a chance for reconciliation for both sides of the family.”

“I believe that will resort itself,” he continued. “The move from Kensington Palace to Windsor puts a little distance between the two households. And that will begin to repair the story. And from what I’m being told, [the duchesses] actually get on OK. It isn’t about a battle between duchesses. It is much more about the boys. I think hopefully these two mothers will be able to bond more over their children. And I think babies are often a great way to bring families close together.”