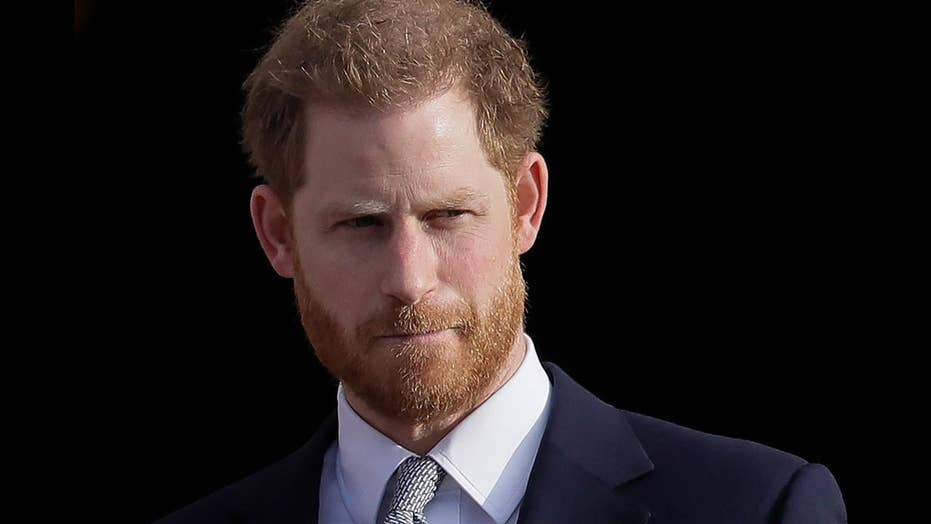 Prince Harry and Meghan Markle christened their son, Archie Harrison, in July, but decided to keep the family affair private.

They broke royal tradition by keeping the identities of the baby's godparents a secret until now. It's been revealed by The Sunday Times that the Duke of Sussex chose two very special people in his life for the honor.

The first is Prince Harry and Prince William's childhood nanny, Tiggy Pettifer (formerly Tiggy Legge-Bourke), who helped raise the brothers after their mother Princess Diana died. She was named a godmother.

And one of Archie's godfathers is reportedly Mark Dyer, an equerry who served Prince Charles. Dyer later mentored and became a friend of Prince Harry.

Pettifer and Dyer both attended Harry and Meghan's wedding in May 2018. Dyer's son Jasper – whom Harry is the godfather of – acted as a page boy in Meghan's bridal party. Harry is also godfather to Pettifer's son, Tom.

Britain's Duke and Duchess of Sussex, Prince Harry and his wife Meghan hold their baby son Archie as they meet with Archbishop Desmond Tutu at the Tutu Legacy Foundation in Cape Town on Sept. 25, 2019 (HENK KRUGER/AFP/Getty Images)

During the summer, Buckingham Palace released an official statement regarding details of Archie's christening.

“The godparents, in keeping with their wishes, will remain private,” the statement read at the time.

"The Duke and Duchess of Sussex look forward to sharing some images taken on the day by photographer Chris Allerton,” it continued. “Archie Harrison Mountbatten-Windsor will be christened in a small private ceremony by the Archbishop of Canterbury in the Private Chapel at Windsor Castle on Saturday 6th July.”

Queen Elizabeth II and Prince Phillip reportedly did not attend.