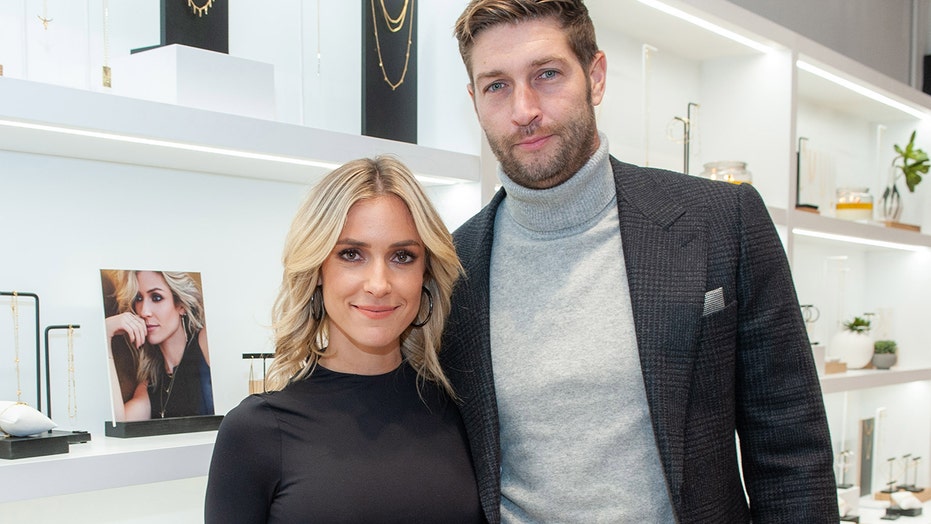 Kristin Cavallari and Jay Cutler have found themselves entrenched in a divorce battle right smack in the middle of a global pandemic, but according to one legal expert, the divorce filings by both parties after nearly seven years of marriage shouldn’t come as a surprise to some.

“But here, they chose sort of a conspicuous time when we're all just looking at our phones and the news all day and we're looking for something that distracts us," Frawley, who is not involved in the case, continued.

KRISTIN CAVALLARI, JAY CUTLER 'HAD BEEN HAVING PROBLEMS FOR A LONG TIME,’ REPORT SAYS

"So we're looking for some distraction and something juicy and fun. And I think by them filing for divorce at this time, they might want that interest," Frawley claimed.

According to People magazine, the timing of the divorce announcement, however, was purposeful.

"The reason they announced it now is because it’s a quiet time for them to work through all of this and try to move forward," an insider told the outlet.

Frawley also found it unusual that Cavallari, 33, even filed for divorce from the 36-year-old former NFL gunslinger, given the fact that Cutler filed first, citing irreconcilable differences, according to Tennessee court documents obtained by TMZ. For her part, the “Laguna Beach” alum claimed marital misconduct as her grounds for divorce.

The author-attorney believes that Cavallari potentially filed her own divorce documents in court simply to get the jump on Cutler’s narrative that their split was amicable, at best.

“She added in this marital misconduct which I think is her getting a narrative out there that he did something wrong and she wanted to expose him,” Frawley claimed. “And I actually was surprised to see that they even filed because when the story first broke it was through their Instagram announcement that 'we're amicably separating, this is just a matter of two people who didn't get along anymore,' or their interests changed.

“So with that statement and then for them to both file and then for her to – I think she was probably a little bit annoyed with him – that he filed for divorce – so she came in second and she wants the world to know that he did something wrong. That this was his fault, that this is why the relationship broke down," Frawley alleged.

What’s more is that while there hasn’t been a mention of a pre-nuptial or post-nuptial agreement in the case, one might be led to believe that the couple didn’t have an agreement in place and, if true, Frawley said that Cutler certainly has an argument in his request for an equitable distribution of the couple’s assets, including Cavallari’s jewelry company Uncommon James.

“I find it very unusual because they were both successful when they met and got married," Frawley said of the fact there was no referenced agreement.

"So to the extent she formed a business during the marriage, it's possible that he'll be entitled to some piece of it,” she noted. “It might not be that he gets actual ownership in the business. It might mean that it has to be valued and there'll be some cash payout representing a portion of the business that is something that he contributed to either because he helped with the kids while she was focusing on her business.”

Frawley maintained that perhaps Cutler might have even played a part in raising Cavallari’s overall level of notoriety with his likeness and thus, he could be entitled to a portion of her business.

“Maybe he actually participated in some of the business dealings,” she pondered. “And maybe he can even make the argument that by appearing on her show, he added to her overall value and that if Jay Cutler wasn't on the show ['Very Cavallari'], maybe E! [the network the series airs on] never would have picked them up."

Cavallari is reportedly asking for primary physical custody of their three kids – sons Camden, 7, Jaxon, 5, and daughter Saylor, 4 – with Cutler only getting visitation. Meanwhile, Cutler is seeking joint custody.

Asked if a judge might just rule in favor of joint custody, Frawley said she believes so.

"Yeah, I think so. I think so. Their statement overall is that they want this to be amicable for the children for their sake, and that would mean you don't spend time fighting over who has more overnights,” Frawley said. “And, you know, if a party wants to be a half-parent and they are a healthy person who has the children's best interest in mind, then the kids only benefit from having both of their parents equally involved."

She added: "If they want to have the custody battle, then you're not going to have an amicable divorce. You just don't because in a custody battle, there is inevitably mudslinging through allegations being made about the other parent and it can be humiliating… you want this to be smooth, amicable, and best for your children, you should just try to resolve it. And if that means 50/50 time, then that probably is what makes sense for the family."

Cavallari and Cutler tied the knot in June 2013.

Reps for Cavallari and Cutler did not immediately respond to Fox News' request for comment.