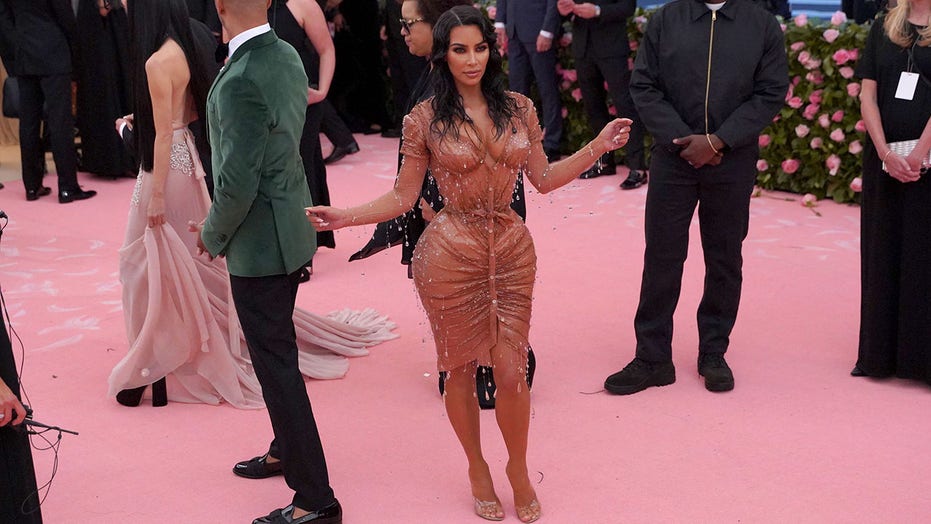 Kim Kardashian West faced quite a dilemma with the birth of baby number four.

On Sunday’s “Keeping Up with the Kardashians,” the 38-year-old reality star faced the converging deadlines of the Met Gala and the birth of her child, Psalm West, via surrogate. Kim spent eight months preparing for the gala with an intricately designed dress — which led to Kim's inability to use the restroom for the entirety of the event.

"This time right now is so crazy hectic for me," Kim said. "Studying law and the baby coming soon and I have the Met Ball this week. It’s all really overwhelming, I wish I had more time."

Kardashian even devised a plan if the baby were to be born during the Met Gala. “I just have to get to the Met and back before the baby comes. [The surrogate] is due in eight days, but I’m going to stay committed to the Met.

“I mean, it has taken eight months to get our Met look perfect," Kim added, "and I committed to it and I can’t miss this."

At the Met Gala, Kardashian donned a silicone Mugler dress that required extra preparation in case of any bodily mishaps. Kardashian sported a custom waist-cinching corset and knee-length shapewear under the dress, which only added to the stress the outfit put on her body. Knowing that there was no escape from outfit the entire night, Kardashian spoke about the risk involved.

“If it’s an emergency, I think I’d pee my pants and then have my sister wipe my leg up,” Kardashian stated.

While Kim and Kanye West hit the Met Gala, her contingency plan included having sister Khloe appear at the birth in her place.

“My attorney has my sister’s number," Kim said. "Because I’m gonna be with two of my sisters and my mom and my husband. Khloe is hoping that this will happen while I’m gone because she wants the baby."

Everything worked out as planned, as Psalm West was born on May 9, six days after the Met Gala.