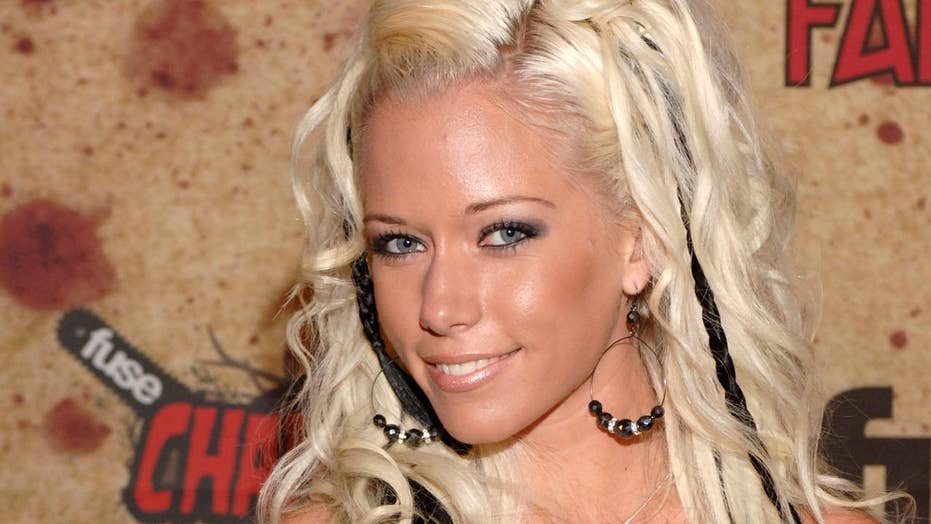 “We’re done [having kids],” the former Playboy Playmate told In Touch Wednesday about the possibility of having more children with husband Hank Baskett. “Two kids, two parents, that’s a good balance for us.”

Instead, the 32-year-old, who’s a mom to 7-year-old Hank Jr. and 3-year-old Alijah, is more interested in focusing on her marriage.

“We want to [find] the fun in our marriage again,” explained Wilkinson. “That is our main thing right now.”

PHOTOS: Stars in their underwear

The relationship previously hit a rough patch in 2015 when rumors swirled that the 34-year-old retired wide receiver had cheated on Wilkinson with a transgender model. However, Baskett denied the rumors.

“At the end of the day, the downside of being married is the temptation all around,” she explained. “You know, the sexual temptations. I am not going to lie – I am a sexual person. I am a 32-year-old person, and sometimes the temptation calls. My fantasies are very strong, let’s just leave it like that.”

Wilkinson also told Fox News the one thing that helped her cope with the marriage crisis was her faith.

“I’m very strong and faithful and I know everything is going to be OK at the end of the day,” she said. “I’ve been through it all. Everything that you’ve imagined.”