Actress Kate Hudson recently told a magazine that she would take a 'genderless approach' to raising her newborn daughter. After criticism on social media, Hudson is clarifying her comments.

In a recent feature for InStyle Magazine, the actress and fashion designer, 40, opened up about her decision to pose nude for a past issue of the publication. While some people may feel bashful when it comes to showing skin, Hudson admitted she actually enjoyed the experience.

"To be honest, it doesn’t take a lot for me to take my clothes off," Hudson told the magazine. "People can say whatever they want, but I like being naked. Always have!"

Hudson, who bared it all for a 2001 issue of InStyle, fondly looked back at that time in her life, where social media and cell phones were nowhere to be found. She described her career in the early 2000s as "intimate and special," and claims the "romance" of being a celebrity back then is no longer present.

"There were no cell phones or social media or 'content.' It was way more intimate and special," Hudson said. "I miss the connectivity — it was one of the reasons I wanted to be a performer. I always used to say I joined the circus for a reason. You don’t join the circus to live a really straight and narrow life; you join the circus because you think outside of the box and don’t fit into someone else’s idea of how you’re supposed to live. The romance of that just doesn’t exist anymore."

The "Almost Famous" actress later reflected on how the traditional Hollywood career path has changed over the years, deeming the current generation of actors to be more "entrepreneurial."

"Today a movie star is no longer a movie star; they’re a celebrity," she tells the magazine. "Years ago, if an actor did any kind of commercial other than for a beauty product, that meant their career was over. They were considered, like, done. But that’s no longer the case.

"Now we control our own narratives, and it’s a very entrepreneurial time," she continued. "Business-wise, women can do everything. We don’t have to just be in front of the camera. Those are the positives. The negative side is that it’s not as much fun. And it’s way more work."

Hudson is currently dating Danny Fujikawa, and recently gave birth to a daughter, Rani Rose, who is now 8 months old. Hudson also raises sons Ryder Robinson, 15, and Bingham Hawn Bellamy, 7, from previous relationships. Later in the article, Hudson said she once hoped to be "fashionably pregnant," and that her wish came true years later.

"My life is a bit of a juggling act with kids in completely different stages of their lives. [..] Plus, it’s challenging once you’re outnumbered," she said. "For some reason, when you have a third baby, people go, 'Oh, be careful!' Of course, as usual, I didn’t heed the warning. I was like, 'Yeah, whatever! I’m going in!'

She continues, "It’s funny because at the time of my first pregnancy, in my [2003] cover story, I said, 'I hope to be fashionably pregnant. I’m telling you right now, I’m absolutely not giving up my high heels.' I was 24, and back then I really didn’t give up my high heels. But 15 years later, during this last pregnancy, I sure did."

The actress ended the article by declaring she feels "even more fun" at 40 compared to earlier in her career.

"I turned 40 earlier this year, and people kept asking how I felt. But I really wasn’t thinking about it at all," Hudson admitted. "It’s just an age, and I think it’s a great age. You’re at a phase in your life where you’ve actually earned some wisdom. It’s kind of nice to have some years under your belt. And you know what? I’m even more fun now than I was back then, damn it." 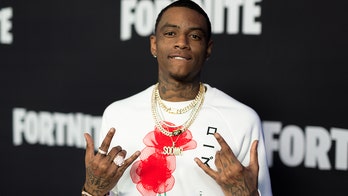 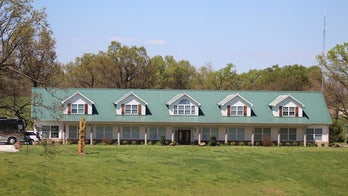 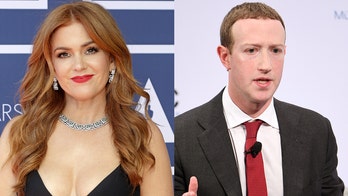 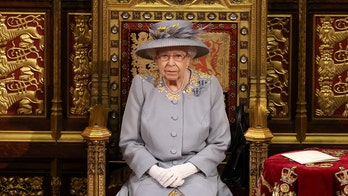