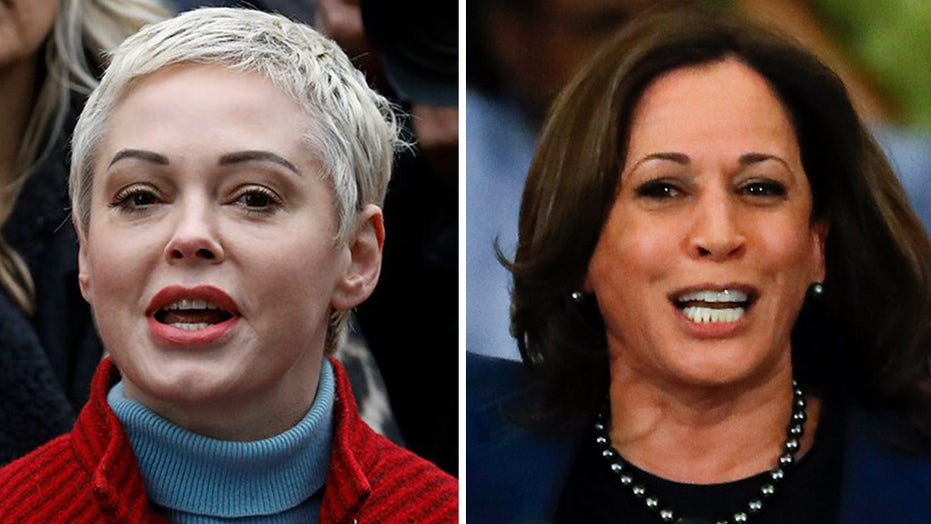 Tuesday was a big day for Sen. Kamala Harris, but actress Rose McGowan proved that she wasn't terribly impressed.

Harris was named Joe Biden's running mate for his presidential campaign, making her the first Black and South Asian woman to appear on a national major-party ticket.

Several hours after the announcement was made, McGowan took to Twitter to voice her opinion on the senator and those who donated to her past campaigns.

The 46-year-old actress shared a handful of tweets before adding her own message.

"Donald Trump donated twice to Kamala Harris when she was running for reelection as California attorney general, according to state records," the reporter said in the tweet. "Ivanka Trump donated as well."

"It's hard to say which is more revealing of the fatal rot at the core of American politics, the fact that Trump and his daughter sent checks to Harris's campaigns or that Harris greedily cashed them," said Jeffrey St. Clair, the editor of political magazine CounterPunch.

It was the editor's comment that spurred McGowan, who retweeted St. Clair's thoughts.

The former "Charmed" star added: "Did you return the money Weinstein gave you? @SenKamalaHarris How many predators bankroll you?"

In 2017, after accusations of sexual misconduct against Weinstein rose to prominence, it was revealed that several high-profile politicians had received donations from the disgraced filmmaker, including Harris.

ROSE MCGOWAN LASHES OUT AT DEMOCRATS, MEDIA: 'NOW I KNOW TOO MUCH'

A follower commented, sharing a USA Today article that said Harris planned to give the $5,000 Weinstein had donated to the non-profit women's rights organization Equal Rights Advocates.

Representatives for Harris did not immediately respond to Fox News' request for comment.

McGowan is among the chorus of women to accuse Weinstein of sexual misconduct -- rape, in the actress's case.

While Weinstein has maintained his innocence against allegations, he and McGowan reached a $100,000 settlement in 1997 over the accusations, as reported by the New York Times, but the money was not to be construed as an admission of guilt.

The actress has also critiqued Biden and voiced support for Tara Reade, a woman who accused Biden of sexual assault.