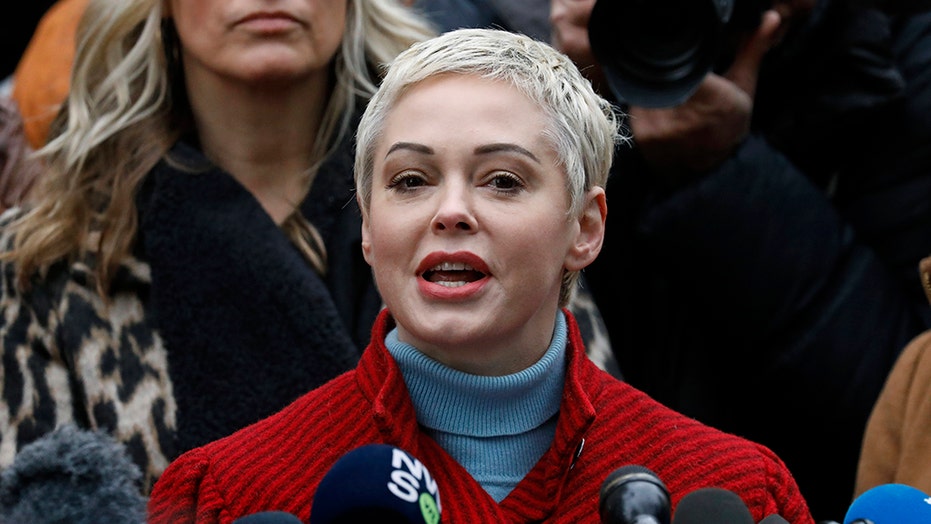 Actress Rose McGowan posted a teary-eyed selfie along with a missive lamenting the Democratic establishment and the media Wednesday night following the fallout from sex assault allegations against former Vice President Joe Biden.

McGowan – a victim of the convicted rapist and disgraced movie mogul Harvey Weinstein -- has for weeks excoriated Democratic politicians, media outlets and Me Too movement activists that she accuses of downplaying sexual assault allegations made against Biden by Tara Reade, a former staffer from his days in the Senate.

She recounted a story about her younger brother’s Air Force Academy graduation, where she wore a “Vote John Kerry” pin and defended herself in a few arguments with "big men who were mad" about her party affiliation.

“I thought democracy meant…I had a right to choose those who lined up with my value system,” continued. “But what if there’s no one?”

McGowan publicly stood behind Reade after a 1993 clip from “Larry King Live” resurfaced last week and appeared to include her mother alluding to “problems” her daughter faced while working for the former Delaware senator.

Biden's presidential campaign has adamantly denied Reade's allegations, but the video could be cited as evidence supporting Reade’s claim.

McGowan also recently skewered her former “Charmed” co-star Alyssa Milano, who is now a liberal activist, over the latter’s continued support for Biden despite Reade’s allegations.

"This is about holding the media accountable,” McGowan tweeted at Milano on April 6. “You go after Trump & Kavanaugh saying Believe Victims, you are a lie. You have always been a lie. The corrupt DNC is in on the smear job of Tara Reade, so are you. SHAME."

For her part, Milano has pinned a tweet to her profile addressing Reade's accusations.

"I want Tara, like every other survivor, to have the space to be heard and seen without being used as fodder," she wrote. "I hear and see you, Tara. #MeToo."

McGowan's recent Twitter feed is full of fiery commentary about the situation.

“Where is #MeToo?” she tweeted Sunday.

“Answer your taxpayers, answer Tara Reade,” she tweeted at Biden on Monday. “You are a creep. You know it. We know it. I know it. Tara definitely knows it.”

“Republicans have always been painted as the bad guys, and I’ve always seen them more as a cult, but now I realize so are the Democrats and the media,” McGowan wrote Wednesday. “I’m sad because there’s death around all corners & shadows in the daytime. It hurts.”